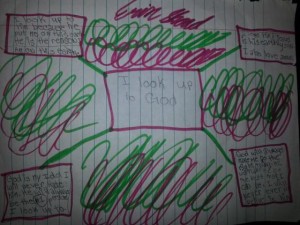 A Memphis-area mother is angry with her daughter’s elementary school after a teacher told her 10-year-old she could not have God as the subject of her class assignment to write about her idol.

Erin Shead, a student at Lucy Elementary in Millington, Tenn., was told by her teacher to write about an idol she looked up to as part of a class assignment. The young student decided to write about God. She drew a diagram explaining why she “looked up to God,” one of the reasons being, “He is the reason I am on this earth.”

“I love [God] and Jesus, and Jesus is His earthly son. I also love Jesus,” the 10-year-old continued.

“God is my idol, I will never hate him. He will always be the number one person I look up to,” the young girl added.

When Erin’s teacher received her written assignment, she told the young girl that she was prohibited from picking God as her idol, and demanded that she start the class assignment all over again and choose a new idol. She was also told that her assignment with God as her idol must be taken home and was not allowed to remain on school property.

After having her first assignment rejected, Erin picked Michael Jackson as her idol, which was reportedly acceptable to the teacher.

However, after hearing what happened, Erin’s mother, Erica Shead has been left outraged. She has made the story public and expressed how upset she is with the elementary school for discriminating against her daughter due to her religious beliefs. Shead told the local WREG-TV that her daughter’s first assignment was simply “cute and innocent,” and that the school did not have the power to tell her daughter she was not allowed to write about God and Jesus. 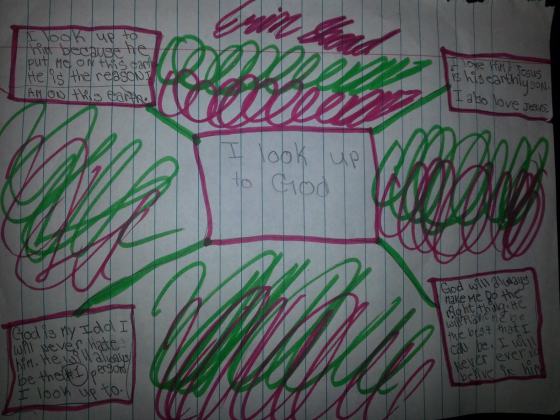 “How can you tell this baby, that’s a Christian, what she can say and what she can’t say?” Erica Shead said in an interview with WREG-TV. The girl’s mother reportedly visited the elementary school Wednesday morning to ask the principle to show her the school “policy where this child cannot talk about God on paper.”

Erica Shead has reportedly not heard back from the school on the matter, but a spokesperson for the Shelby County School District in effect confirmed to WREG-TV that the school teacher had been wrong to prohibit the girl from writing about God. The spokesperson explained that although teachers were not allowed to promote religion in class, there was no rule against students writing about religion for a class assignment.