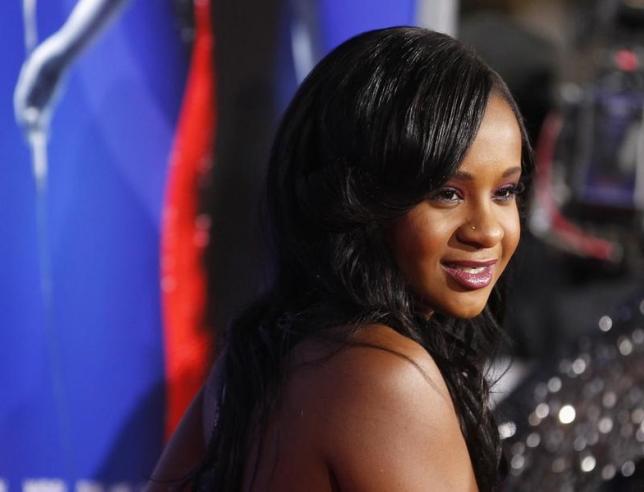 [Bobbi Kristina Brown, daughter of the late singer Whitney Houston, poses at the premiere of ”Sparkle” in Hollywood, California August 16, 2012]

Bobbi Kristina Brown, the daughter of Whitney Houston and Bobby Brown, died on Sunday night at the age of 22 after nearly six months of medical treatments.

“She is finally at peace in the arms of God. We want to again thank everyone for their tremendous amount of love and support during these last few months,” her family said in a statement.

Brown, the daughter of Grammy-award winning singer Whitney Houston, was hospitalized in January after being found unresponsive face-down in a bathtub inside her home in Roswell, Georgia. The incident occurred almost three years to the date that Houston was found dead in a bathtub in a Beverly Hilton hotel.

CNN noted that Brown was placed in a medically induced coma earlier this year, with family members expressing that only a “miracle” can help her.

“Meeting with the doctors and understanding that she can live in this condition for a lifetime truly saddens me,” her maternal grandmother, Cissy Houston, said in April. “We can only trust in God for a miracle at this time.”

Pat Houston, Brown’s aunt, revealed in June that her niece had been moved to a hospice to continue her treatment.

“Despite the great medical care at numerous facilities, Bobbi Kristina Brown’s condition has continued to deteriorate,” Houston said at the time. “As of today, she has been moved into hospice care. We thank everyone for their support and prayers. She is in God’s hands now.”

Bobby Brown also said his daughter’s fate is up to God.

“Rough times are rough times, and hard times are hard times,” the singer said in April at a concert. “I don’t know what the hell I’m going through right now but I’m giving it to God and letting Him deal with it.”

Reports swirled earlier in July that the 22 year old had been taken off of life support. She was visited by notable celebrities at her bedside, including film and television mogul Tyler Perry.

Perry, who visited the unconscious Brown for two hours, has spoken out about his bond with her late mother.

“From the first day we sat down in that restaurant and had a conversation where she was so open with me, I felt a responsibility to do all I could to help her,” Perry told Oprah Winfrey in 2013, referring to Houston’s struggles with drugs. “I sensed, like most people who deal with people who have addiction issues, they sense that there is a ‘death day’ coming.”