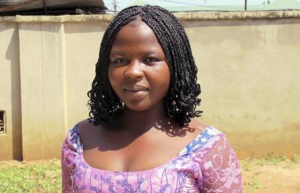 A testimony from a 19-year-old Nigerian girl proves the terrorist group Boko Haram is kidnapping Christian women to use as slave brides, forcing them to “convert to Islam or die.”

Hajja, a 19-year-old from a village in the Gwoza hills of remote northeastern Nigeria, recently shared her account of three months captivity under the rule of a local 14-man Boko Haram tribe that traveled the hillsides of northern Nigeria and forced her to cook and clean for them. Hajja had been kidnapped by members of Boko Haram, an al-Qaeda affiliated terrorist organization, while she picked corn near her home in July. She now tells Reuters that although she was never raped, she was treated terribly and ultimately forced to “convert to Islam or die.”

“If I cried, they beat me. If I spoke, they beat me. They told me I must become a Muslim but I refused again and again,” Hajja told Reuters in a recent interview. “They were about to slaughter me and one of them begged me not to resist and just before I had my throat slit I relented. They put a veil on me and made me read from the Koran.”

The young girl told Reuters that she spent her time as a prisoner to the Boko Haram group moving from cave dwelling to cave dwelling to escape detection from the Nigerian military. When she wasn’t cooking or cleaning she was forced to carry the terrorists’ ammunition, and in one incident she was forced to serve as bait to lure Nigerian soldiers into a Boko Haram trap. She then had to witness members of Boko Haram bind the soldiers’ arms and legs in a nearby cave and slit their throats. The only other woman traveling with the group of terrorists, the wife of the leader Nglayike, participated in the killing of the soldiers.

Hajja, whose last name has been kept anonymous to protect her other family members still living in the Gwoza hills, now lives in the Nigerian capital of Abuja. She was able to escape her captors after three months by feigning stomach pains, forcing the captors to send her to a local hospital with an elderly woman. Upon arriving at the hospital, Hajja she threatened to contact police, causing the woman to leave her there. Reuters reports that Hajja’s testimony of captivity is proof that Boko Haram is now taking Christian slave brides into their captivity so they may convert them to Islam and use them for household chores and menial tasks while traveling in the cavernous mountains of northern Nigeria. Boko Haram has chosen to travel through such terrain because most Nigerian soldiers are trained on the plains and unfamiliar with the mountain geography.

Just last week, the United States declared the al-Qaeda afilliated Boko Haram group to be a foreign terrorist organization. The move by the State Department was heralded by a U.S.-based Christian organization dedicated to protecting Christians in Nigeria. “AT LAST, the United States government has done the right thing, and members of the Christian Association of Nigerian-Americans, CANAN, with about 1,000 local churches in the U.S., are grateful to the LORD for answered prayers. We commend the U.S. President Barack Obama and the State Department for this forthright decision,” the CANAN group said in a statement to The Christian Post.

Boko Haram recently took responsibility for the kidnapping of a French priest in northern Cameroon , and sources revealed the priest had been transferred to Nigeria. The terrorist organization has also been held responsible for the late September attack on a college dormitory in Nigeria where 40 students were killed while sleeping. The Islamic group seeks to establish a Shariah Islamic law state in northern Nigeria, a country that is religiously split, with the majority of Christians living in the south and the majority of Muslims living in the north.