Dr. Danielle Spencer, the former child star of “What’s Happening!!,” has emergency brain surgery.  Dr. Danielle is dealing with serious medical conditions and needs help. Friends of Dr. Danielle have started a Go Funding Page, as they are all claiming a successful prognosis.  Spencer will continue to have a long recovery stint in rehab,  and funds raised will help with treatment, medication and sustaining.

Danielle rose to fame playing the role of “Dee” on the ABC sitcom which ran from 1976 — 1979. She later reprised her role in What’s Happening Now!!, a 1985 revival which focused on the show’s main characters as adults. After leaving Hollywood, she attended Alabama’s Tuskegee University and is now working as a veterinarian in California. 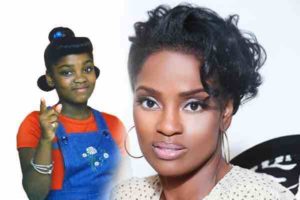 In 1993 Danielle became a doctor practicing her second love, which is Veterinary medicine. Dr. Danielle has lent her talents to various television and film projects, which included a guest appearance as a veterinarian in Jack Nicholson’s film “As a Good As It Gets” (1997) and Peter Rabbit and the Crucifix (2001). Over the years Danielle has appeared in NBC’s soap opera “Days of Our Lives” (2001). She was featured in USA’s TV Land Confidential: Untold Stories” (2007). She was also recognized for her trademark phrase “Oooh I’m Gonna Tell Mama” on the TV miniseries “100 Greatest Quotes and Catch Phrases” (2006). Danielle kept busy as a child star making guest appearances on such iconic shows such as “The Brady Bunch Special (1977), Christmas at Walt Disney-world (1978), “The Tap Dance Kid” (1978), USA’s “The Family Feud” (1979) and “Soul Train” (1987).Danielle was recognized with an award at the fourth annual “The TV Land Awards” in 2006 for the brattiest kid on television, a few years ago, Dr Danielle received the distinction of being the first black female child to star regularly in a television series as exhibited in the Smithsonian National Museum of African American history and culture in Washington DC. achievements she truly relishes. On the rise she continued to not let her disability and illness stop her. Recently starring in Jeremy Cormier’s “Even A Good Many Is Tempted.” As an ICON whose memorable work on the show What’s Happening, career as a veterinarian and author will be preserved, remembered, researched and exhibited for years to come. Enduring adversity, Dr. Spencer’s strength as an overcomer is apparent.