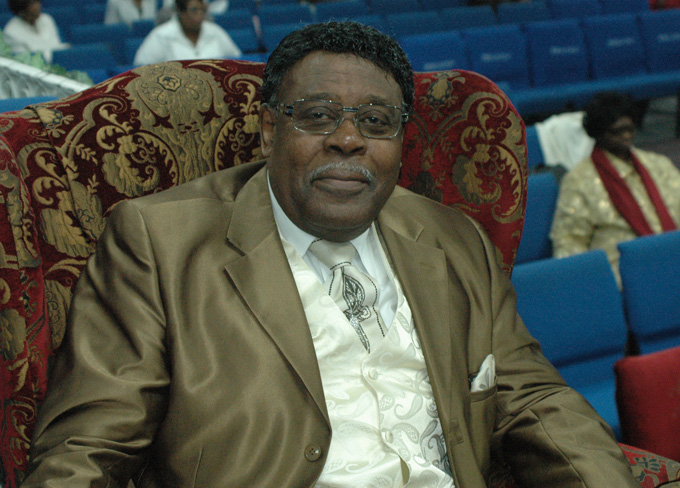 PATH is sad to announce the passing of Apostle Richard D. Henton.

Born in 1933, the Chicago area pastor was a televangelist pioneer that spoke bodily behind the pulpit.

It is with great sadness that we announce the passing of  Apostle R.D. Henton on Thursday, October 22, 2015.  He was an amazing pastor and friend and he will be incredibly missed by us all.
Our deepest condolences go out to all of his family and friends.  No one can prepare for a loss; it comes like a swift wind.  However, take comfort in knowing that he is now resting in the arms of our Lord.

To hear one of Apostle Richard D. Henton’s classic sermons watch “I Rest My Case” below. 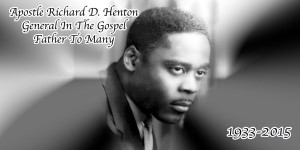 Called into the ministry in 1948 on December 14th, Apostle Richard D. Henton has become one of the most prolific speakers of our day. He has been in ministry for sixty-six (66) years and has been a pastor for fifty (50) of those years. With an approximate membership of close to five thousand (5,000), Dr. Henton is also the founder of the R. D. Henton Breakthrough Ministries and is the executive producer of the Breakthrough Telecast. This weekly program has aired on systems throughout the world such as The Word Network, The Total Living Network, WJYS/TV 62 and WEDE TV34.

The R.D. Henton Breakthrough ministry has an extensive media library of well over 6,000 audio, video, CD and DVD’s, which are a vast extension of his outreach ministry that reaches the world.

Even though Dr. Henton is a faithful pastor, he is known to many as their “TV Evangelist” and has ministered at various conferences, convocations, conventions and mass meetings for many decades in several major cities throughout America. He has been the keynote speaker for many ministries: “The Promise Keepers”, Bishop T. D. Jakes, Azusa with Bishop Carlton Pearson, Morris Cerrullo, Bishop O. T. Jones, Sr., Rev. R.W. Shambach, and The late Bishop Gilbert E. Patterson, Bishop Charles Blake, Moore House, Church of God In Christ AIM Convention and many others.
Dr. Henton has held special services in the city where he was born and raised and still lives (Chicago) with turn-away crowds after 10,000 seats were filled at the U.I.C. Pavilion.
Dr. Henton has three Doctorate of Divinity degrees and has been the recipient of numerous certificates of merit, letters from the presidents, given key to many cities by their mayors, and honored by congressman and dignitaries alike. He was the recipient of two very special awards in Chicago. (N’Digo Foundation Recipient of N’Faith Award) and (Former Mayor Richard M. Daley presented Him the Luminary Senior Citizen Hall of Faith Award).

Monument of Faith Breakthrough World Ministries is in the second phase of building a five-thousand (5,000) seating facility on the close to 14 acres of land that the ministry was blessed to purchase in the city of Chicago.

Dr. Richard D. Henton is a family man and is the father of four children that are working faithfully with him in the ministry. Although he is abundantly blessed, he remains a most humble servant of the Lord, a true servant for this generation.