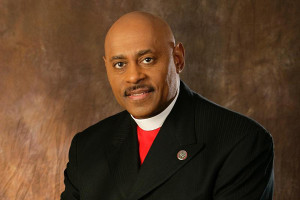 In a recent interview Bishop Paul S. Morton had some strong words for both the democratic and republican parties. “For the first time in my life, I’m coming out as an Independent,” states Bishop Paul Morgan.  “Enough is enough,” ranted the Bishop.“I have been a Democrat since I started voting in America, but this party is getting farther and farther away from what Kingdom people believe.  For too long, Democrats have taken our vote for granted, but kingdom people have rights too, and I don’t want to be taken for granted.  We will not just accept anything.  And to be fair, it’s not just Democrats, but Republicans too.  Both sides are becoming too extreme.  American culture is treating Jesus like He is the President of the United States – like we have the right to vote for His agenda!  People act like, if they like God’s word, they can vote for it, or if they don’t we can vote against it.  But the truth is that Jesus is not a President!  He is the King; in fact, He’ s the King of Kings.  What the King says goes.  Real Kingdom people don’t vote on the Kingdom agenda.  Real kingdom people know that what the King says goes.  We must obey the King whether we like it or not,” stated Bishop Morton in an interview with Worship 360.

Morton went on to say, “The problem is that today’s politicians – both Republican and Democrat – are refusing listening to the King.  Many conservative Republicans don’t want to help the less fortunate, but want to focus more and more on the rich.  The Bible says we must help the poor.  These Republicans are so antagonistic toward women who find themselves in emotionally devastating situations as a result of rape.  I don’t believe a woman should be forced to bring a child into the world if she has been raped by her father, or suffered the violent molestation of her body by a complete stranger.  There are even times when a woman must decide to terminate because bearing a child would put her in danger.  By no means am I supporting abortion!  I’m definitely pro-life, but there are certain situations that require careful examination and adjudication.  You can’t blanketly decide!  That’s going too far and it’s not the Kingdom way (God’s way).  At the same time, Democrats have become too liberal.  Nothing is sin anymore!  If nothing is sin anymore, WHY would we need Jesus?  We still acknowledge that it is Jesus who forgives us when we repent of our sins.  America has become arrogant!  We ignore God’s word, and reject biblical morality.  I can’t support what God condemns!  God does not condone sεxual sin.  God does not agree with same sεx marriage, adultery, fornication or pοlygamy.”

Morton concluded the interview with, “While I understand that people have the right to make these choices; and while I agree that it is NOT my job to force anyone to stop anything, I do fully embrace my assignment to preach the Kingdom message!  I am honored to work for the King!  It is my job to let people know that we must not condone sin.  My job is to preach about a choice that offers a better way to live – the Kingdom Way.  And before you say that I’m not operating in love please know that it is precisely because of love that I take this stand!  I don’t condemn any person, I only stand up and speak out for what God stands for and what the Bible says.  In the upcoming 2014 and 2016 elections, I’m looking for someone who will bring balance to these serious issues that are facing our country.  It doesn’t matter if the person is Independent, Democrat, or Republican.  I believe that many Kingdom people are ready for new choices.  We have already chosen whom we will serve – our Kingdom and His agenda is not up for election or amendment!  I’m a citizen of God’s Kingdom.  The mandates of His Theocracy supersede those of America’s Democracy.  I will continue to honor the democracy of the United States, but the United States should honor and not violate the principles of my faith.  I will continue to pray the words of our King – Thy Kingdom Come, Thy Will Be Done In Earth As It Is in Heaven.  We need elected officials who believe in the Kingdom agenda and preachers, as well as Kingdom people who will fight for the Kingdom agenda like others fought for theirs.”