Mary J. Blige was spotted filming Black Nativity in New York on Tuesday. Mary plays an angel named ‘Platinum Fro’ in the film which is a retelling of the classic Nativity story – which also co-stars Jennifer Hudson, Angela Bassett and Forest Whitaker.

Black Nativity is a retelling of the classic Nativity story with an entirely black cast. Traditional Christmas carols are sung in gospel style, with a few songs created specifically for the show. Originally written by Langston Hughes, the show was first performed Off-Broadway on December 11, 1961, and was one of the first plays written by an African-American to be staged there.

I look forward to seeing this impressive cast play their roles! 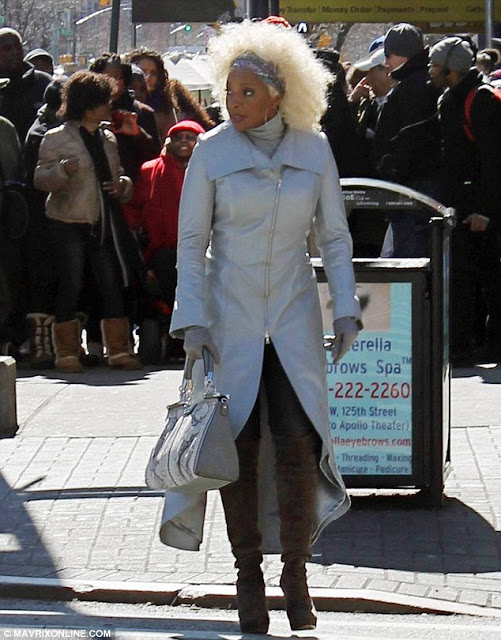