Terry & Rebecca Crews were an award recipient at the annual “Gospel Goes to Hollywood” award luncheon.  The event recognizes distinguished entertainers that are doing a great work bringing ministry into Hollywood.

Merging Gospel acts with well known producers and actors, this years event captured actor Terry Crews in a manner you may not have expected.

An adamant Christian, Crews explains his hardships growing up, and why his acting career was not supported by family.

The former pro-athlete turned actor speaks about the role God plays in his families everyday life, and gives a strong message to fathers.

Watch the acceptance speech below! 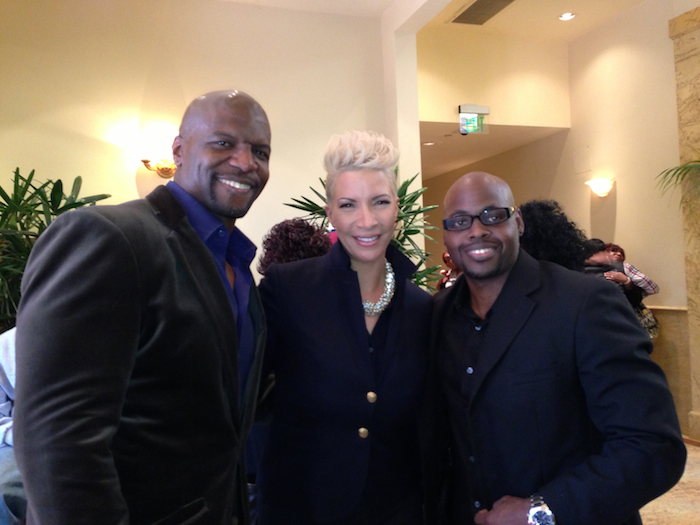 Why I Believe Racism is an Actual Problem: Part 1 – Like a Thousand Other Fools

[…] Jesus. Jackie Hill Perry creates music and goes on speaking tours, while Terry Crews represents Jesus in Hollywood and uses his celebrity status to speak out against pornography. And Drew G. I. Hart helps others […]