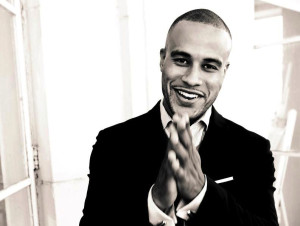 DeVon Franklin holds the title of Senior Vice President at Columbia Pictures, a subsidiary of Sony Pictures. Not only does a black man hold such a prestigious title, he is full of faith and not afraid to let Hollywood know it!

An ordained minister, Franklin was Named by the Hollywood Reporter as one of the top 35 executives under the age of 35. Franklin’s young career is moving at a torrid pace, getting featured on Oprah and helping to produce some of the best films in Hollywood.

As Vice President of Production for Columbia Pictures, he oversaw the remake of The Karate Kid, starring Jackie Chan and Jaden Smith, which grossed over $350 million worldwide. He also worked on The Pursuit of Happyness and Hancock, both starring Will Smith, the faith-based hit Not Easily Broken, produced by Bishop T. D. Jakes, the romantic comedy Jumping the Broom starring Angela Bassett, and the film Sparkle starring the late Whitney Houston. 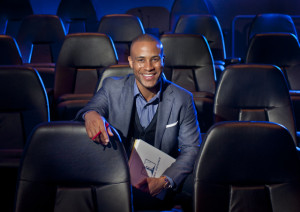 Franklin is one voice that Christians and African Americans have working for them high in the ranks of the Hollywood elite.

Recently married to actress Meagan Good, the power couple strive live what they believe. Revealing to the media that they waited to have sex until they were married.

PATH caught up with Franklin as he received an award at the annual event Gospel Goes to Hollywood. DeVon Franklin is the author of the book “Produced by Faith,” and in the video below it’s evident that the brother is full of faith.