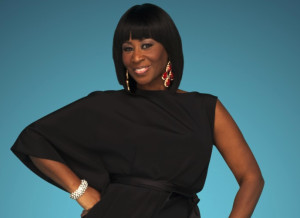 Of all the Pastor’s wives that made up the TLC reality show “The Sisterhood,” one first-lady has continued to stay in the public eye far beyond the shows cancellation.

To clear the air Scott tells her side of the story to Path MEGAzine’s Kris Patrick. Speaking for the first time about the charges she’s accused of.

If convicted she faces 25 years in prison and a $400,000 fine. Scott says that she’s confident that she will get everything cleared up. 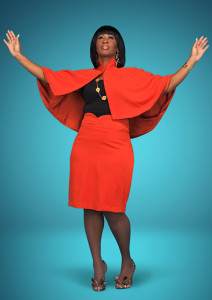 The downward spiral that is the life of Domonique Scott took a turn for the worse when backlash from the Christian community dubbed the Sisterhood Pastor’s wives ‘secular’ and ‘fame-seekers.’

“We’re all fame seekers in our own way says Scott,” “We were fame seekers for showing the transparency of Jesus Christ,” Scott told Christian life magazine PATH.

After organized boycotts of the show, and public criticism from Gospel stars like Marvin Sapp, TLC closed up shop after showing just 8 episodes, and debuting to lack luster ratings.

Dropping the bomb in the exclusive interview, Scott says that she’s not done with reality television. Revealing her thoughts about the success of Preachers of L.A., and telling PATH that she is considering joining the cast of the controversial show.

“It wouldn’t be a surprise to see me on Preacher’s of L.A.”

One of the first Christian reality shows, Scott feels her show wasn’t successful because the Christian community wasn’t ready for it.

“Anytime you’re the first out of the gate you always take the hardest hit,” Scott reasons.

Going further in the conversation, Domonique Scott talks about the real reason her husband closed their church. Why she’s organizing a Sisterhood tour, and talks about specific charges related to her looming battle with the legal system.

Tune into the embedded interview to hear Scott clear the air.