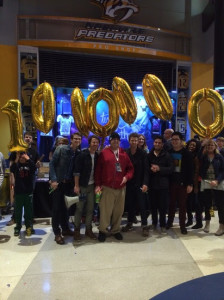 Reunion Records’ Tenth Avenue North crossed a major landmark recently, as the group commemorated one million records being sold during its career. A unique celebration was held Sunday evening on a Winter Jam tour date at Nashville’s Bridgestone Arena, when an unsuspecting fan, Cody Miller, purchased the one millionth record.

Taking the fan by surprise, Tenth Avenue North burst from backstage dancing and cheering with signs, confetti and a drum line, even hoisting the winning fan up on their shoulders!

“One million records is an unbelievable milestone for us,” says Tenth Avenue North. “We never would have thought it possible when we started playing together in college 14 years ago. What’s even more incredible is to think of all the people and stories that number represents. We are blown away and grateful for all the people who have connected with this music we have been given the privilege to create.”

Tenth Avenue North gave the sold-out audience an unparalleled live performance of their major hits that included; “Worn,” “Losing,” “You Are More,” and “By Your Side.” Tenth Avenue North remains on the Winter Jam Tour through March 30th before heading to Ireland and the United Kingdom in May. When the band returns from Europe they will be heading into the studio to record a new album that is scheduled to release in 2015. 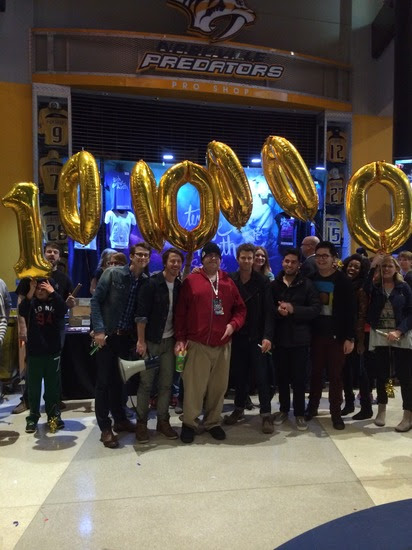