Words from the Publisher

PATH is sad to announce the passing of Donna Grady Creer. Creer was a Gospel announcer and 2nd Vice Chair on the National Guild.

BACKSTORY: Donna Grady Creer, 57 a major influential figure in the gospel music industry, died at her home in her bed at 405 Markwood Drive early Wednesday morning along with her husband, Donald Creer, 50 after a suspected arsonist set fire to their home. 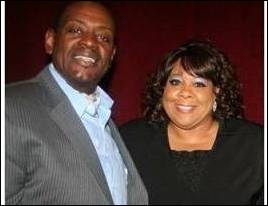 Fire crews were called to the scene at 3:11 a.m. Wednesday morning (June 12, 2013) and found the bodies inside the home after forcing their way in through a carport door. Both victims were pronounced dead at separate hospitals. It was not immediately known why Donald was taken to St. Vincent Infirmary Medical Center and Donna was received at Baptist Health Medical Center. Both husband and wife were declared dead on arrival.

Although an official cause of death has yet to be determined in both cases, pending autopsies, Sgt. Davis said their deaths were being viewed as suspicious. The bodies of the victims reportedly did not show any visible signs of injury. Sgt. Davis declined to share further information on the case as the investigation is ongoing.

The bodies are now at the State Crime Lab for autopsies to determine the cause of death.

Detectives are working to determine what happened inside the home. The incident report notes that a back sliding glass door was found to be unlocked.

Creer was diagnosed with stage 4 cancer in the weeks before her death, and was optimistic about fighting the disease.

Expressions from the Gospel community have been pouring in all week.

National promoter Kenny Taylor says, “Donna was very professional and always had that beautiful smile, and one of the most lovable people you could ever meet.” -Kenny Taylor

PATH MEGAzine publisher Kris Patrick says, “Donna was one of the most recognized faces behind the scenes in the Gospel community. I loved running into here at the various conferences, she always came across as warm and inviting.”

Keep the Creer family and all those affected in your prayers.