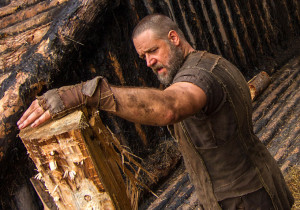 Nothing could’ve prepared me for what I saw while watching Darren Aronofsky’s Noah. The movie took in an estimated 44 million finishing first at the box office. Overseas the movie has already done 95 million.

The big budget picture not only didn’t live up to the hype, but it managed to sink Christians right along with the fictitious rendition of the beloved story of Noah’s Ark.

When talking to the Christian community, it’s not the fact that the movie adds characters to the story or even embellishes events, it’s the level of effort that the film’s producers put into seeking factual approval and recommendations from the Christian community. The anger hits home knowing they sought opinions from test audiences after completing the final edit. It seems to me that they should’ve let a few theologians mull over the script before it even went into production. 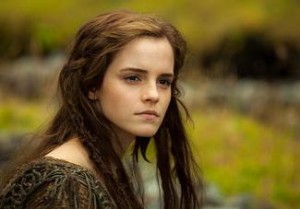 I’m not saying not to see the film, it’s good theater. But don’t go seeking a spiritual experience or biblical accuracy or you will be sorely disappointed. Even more disappointing is the fact that non-believers are going to go around believing the ‘Watchers’ or fallen angels were a bunch of monster giants made of stone that helped Noah out. Or maybe they’ll believe Harry Potter star Emma Watson’s character actually existed in the Bible.

Watson plays the role of Ila, an orphan that Noah invited on the ark after rescuing her from the descendants of Cain. This character insertion was the driving force behind the blockbuster film, pushing the story forward and allowing for the dark portrayal of Noah to materialize.

If that doesn’t anger you, then you’ll be able to accept Noah’s grandfather Methuselah (Anthony Hopkins) as a witchcraft nomad.

Paramount’s Vice Chairman Rob Moore and other producers argue that it’s hard to retell Genesis in two hours, but the film’s marketing of an authentic Noah is what gets most people. 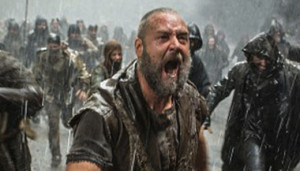 Smeared across the promotions of the film were inflammatory comments made by the film’s star Russell Crowe. The actor made it a point to defend his portrayal of Noah saying, “Noah was not a good guy at all. He wasn’t even nice.”

Yes Noah was found drunk and naked by his sons. Yes Noah spoke with boldness after being empowered by God, but Noah was never depicted in the bible as a sword wielding extremist that slowly looses his mind as the film goes along.

The bible says that Noah was the only righteous man left on earth, and blameless. Genesis 6:22 says, “Noah did everything just as God commanded him.” The film leads you to believe that Noah made the majority of his decisions on his own based on dreams, never showing Noah pray or even talk to the creator.

The tone of the movie was definitely not to lead people to Christ, instead it centers on an Angry God, a vengeful and angry Noah, embedded characters, a few monsters for epic appeal, and worst of all it mis-lead people that could have been led to Christ.

Although it’s decent theater, I’ll call this film a missed opportunity. One that makes not even a subliminal appeal to lead people to Christ. This movie was Hollywood to its core, and it’s reckless portrayal was meant to fill seats and that’s the most transparent thing about this picture. Their appeal to the Christian community was public relations damage control at best.

The one positive thing about this film is that it does continue to show that Christian stories bring large audiences to the box office.

[…] Hoping to see an authentic rendition, that I did not see on the recent Darren Aronofsky film ‘Noah.’ Although not quite as bad as ‘Noah,’ that blatantly created characters that never […]