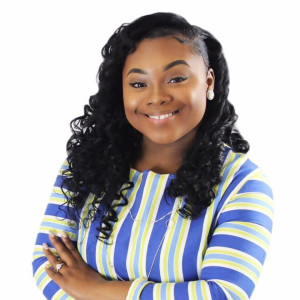 On December 6th THE RECORDING ACADEMY® announced that Carr received a GRAMMY® nomination in the category of Best Gospel Performance/Song for “You’re Bigger”. This is Carr’s first GRAMMY® nomination, and it definitely caps off a remarkable year of firsts for the 19 year old prophetic powerhouse singer. The 59th Annual GRAMMY AWARDS® will take place on Sunday, February 12th in Los Angeles and will air live on CBS. For more information visit www.grammy.com

This embryonic artist’s burgeoning national acclaim is evinced when she received the distinct honor of being named a POWER 100 by EBONY MAGAZINE in 2014 as one of the most influential people in the world. She was on the same list as Beyonce, Bishop T.D. Jakes, Lebron James, and Quincy Jones to name a few.

Jekalyn encompasses the right kind of substance in which great Gospel artists are made. She understands the dynamic and sacrifices she has to make for her ministry and platform, and she does them willingly, because her focus is on the greater good—impacting people. Her gift, passion, character, integrity, talent, and sacrifice is evident in everything she does and she is more than deserving of this moment.