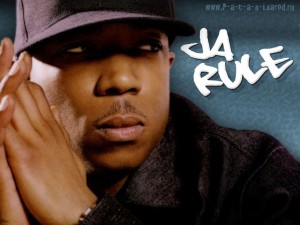 Ja Rule, rapper and I’m in Love With a Church Girl star, shares in a recent radio interview how his early experiences as a Jehovah’s Witness left him disenchanted with religion, why he and his wife decided to get saved at Hillsong NYC church, and why he finds Pastor Mason “Ma$e” Betha’s explicit rap lyrics “very confusing.”

Ja Rule, born Jeffrey Atkins, appeared on the popular radio show “The Breakfast Club” on Thursday to promote his new memoir, Unruly: The Highs and Lows of Becoming a Man, a new MTV reality show with his family, and other projects. The bulk of the interview, however, centered around religion.

Ja Rule, who previously shared being raised as a Jehovah’s Witness, revealed that what turned him off from the religion was how his family members shunned his mother once she was disfellowshipped from the faith community.

“I found that rather odd,” he said. “I was living with my grandmother at the time. My mom would get me on the weekends and stuff like that. And then they were like, ‘You’re not gonna be able to go with your mom on the weekends anymore.'”

“I didn’t understand it like that. And I was like, ‘Well that’s not gonna fly, and I’m leaving here and gonna live with my mother,'” the rapper said. “We were kinda like the black sheep now. Nobody was dealing with my mother, and that was crazy.”

He explained how the familial breakdown affected him in the long run, saying that seeing how much his mother was hurt by being shunned by her own mother and brother gave him a “sore taste” in his mouth about the religion.

“But then ironically, when I blew up (with his rap career in the 1990s) and started making money and became Ja Rule, everybody could come and speak to my mother,” said the multi-platinum recording artist.

When asked by one of the DJs if the Jehovah’s Witnesses teachings he was raised with affect him today, the 38-year-old rapper said, “Not really.”

“They were great churches, but I didn’t feel like they were talking to me. Until I went to Hillsong right here in the city, and a pastor named Carl Lentz came out on stage and he started preaching. The rapper went on to share how surprised he was to see the Irving Plaza concert ballroom transformed into a worship setting.

“You walk into the church and it’s dark in there, the disco ball is still in there and you see the lights and you’re like, ‘This is different.’ And you get in there and start to look at everybody around you, and they look just like you,” he said. He added that what he witnessed convinced him that the leaders are sincere when they tell people to come as they are.

“Then the pastor comes out, Carl Lentz … tatted up. When I saw him, he had some (Jordans) on, jeans, a T-shirt. He came out and he started preaching, and I felt like he was talking to me,” said Ja Rule.

“I got saved at that church, me and my wife,” he revealed, adding that he encouraged his wife to take the step with him. “We went up on stage, we got saved and it just gave me a good feeling.”

Ja Rule said he eventually sought guidance from Lentz about his new commitment, and how he was not going to suddenly start producing Gospel records. “He told me, ‘Ja, take baby steps, walk in your path,” said the rapper.

Ja Rule, who dropped a few expletives during the interview, was then asked for his opinion on Ma$e, the rapper born Mason Betha who retired from the industry on more than one occasion to pastor a church, still rapping about “the stuff he raps about.”

Ma$e released a new single titled “Nothing” in May for his upcoming album, Now We Even, and left a few fans confused with his sexually-suggestive lyrics.

“I’m not sitting here saying I’m … the great godly man. I’m not the authority to really speak on these situations,” he continued, admitting that what he has been witnessing from the rapper-pastor doesn’t “feel right.” Ja Rule repeated that he found it confusing, and that he “wouldn’t play with the Lord like that.”

The Queens, New York, rapper went on to admit that although he made a decision to get saved, he was not yet “ready to go all the way” and was still going to make his music in a way that feels good to him.

He went on to point to Jamie Hector, popular for portraying Marlo Stanfield on the hit HBO series The Wire, as an inspiring example of “a church dude” that navigates his professional career without jeopardizing his Christian faith.

“I’m not knowing what’s cool and what’s not cool,” Ja Rule admitted of his new faith walk. “I just want to make sure I do the right thing. I don’t want people on my Twitter being like, ‘Man, I thought you were a holy roller.’ I don’t want people to misconstrue what I’m doing here. I’m taking baby steps and I want to get closer to God. I feel it’s something that you should do in life.”

He went on to say, “I’m a very spiritual dude and I feel you should have your one-on-one with God.”