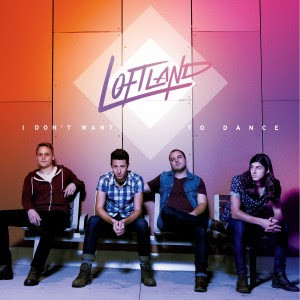 The Wisconsin quartet released their debut album on DREAM Records ‘I Don’t Want To Dance’ earlier this year. The next single to be taken from the new record will be ‘Let’s Make It Loud’, which is now available. The guys have been busy during the summer festival season performing in front of thousands of fans and will continue their run after with Shonlock and Abandon.

“We’ve been having the time of our life on tour this summer and we can’t wait to end it BIG with our friends Shonlock and Abandon!”, says Dominic Gibbs.

Take a listen to “Let’s Make It Loud”:

Tour Dates (more to be announced):

To pick up their album, I Don’t Want To Dance text: “Loftland” to 51555 or visit them on iTunes