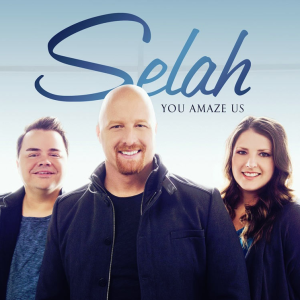 To date, the album’s record-breaking debut single and title-cut-recently nominated for a GMA Dove Award for Inspirational Song of the Year-has spent eight consecutive weeks at #1 and was the only song to debut in the top position on the Christian Soft AC chart since Billboard began archiving the weekly charts in 2006. Penned by The Afters’ Jordan Mohilowski, along with Matthew Adcox and Douglas Fowler, “You Amaze Us” was produced by Mohilowski, Jason Kyle, and Selah’s Todd Smith and Allan Hall.

Anchoring the project are such beloved hymns as “Just As I Am,” “The Old Rugged Cross,” and “I’d Rather Have Jesus,” among others. “I grew up in a little country church in East Tennessee and so I learned the old hymns and I’ve always loved them,” says Selah’s Allan Hall. “There is such an elemental root to them. I think they speak to everyone’s heart and have a lot of power.”

Additional highlights of the album include “Oh Our Lord”; “More And More Of You”; “Nearing Home,” a tribute to Billy Graham; and the Ed Cash co-written and produced bonus track, “We Must Not,” an anthem for the persecuted Church.

“We need to stand in the gap for our brothers and sisters who are on the front lines,” says Selah’s Todd Smith. “How do we fight persecution? Every time we share and live out the Gospel locally and globally we are standing with them.”

The group continues a fan-favorite tradition of featuring an African-themed song on each recording, this time a bilingual rendition of the Andraé Crouch classic, “Soon And Very Soon.” The song is performed in both English and Kituba, the language of Smith’s childhood in The Congo, where his family served as missionaries.

Comprised of Smith, Hall and Amy Perry, Selah has garnered seven Gospel Music Association Dove Awards-including five Inspirational Album of the Year trophies-and eight #1 singles, along with numerous other accolades in their nearly two-decade career. With hits including such signature songs as “You Raise Me Up,” “Wonderful, Merciful Savior” and “Press On,” among others, to date Selah has amassed total sales surpassing four million album and single units combined.

You Amaze Us, a Curb Records release, will be distributed by Word Distribution and is available for pre-order on iTunes at:http://bit.ly/YouAmaze.