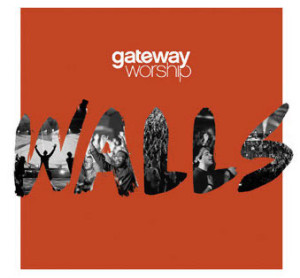 Gateway Church associate senior pastor Thomas Miller explains the project’s inspiration: “It seems like there are walls everywhere. They may not be walls you can see with your eyes, but they are there. Massive, insurmountable walls. Political walls. Racial and cultural walls. Denominational walls. Walls of pride, selfishness, and sin. Walls. But the truth is, we were never meant to live like this-with walls dividing us, separating us. God’s heart is, and always has been, for us to be united as one.”

Gateway Worship is a collective of more than 40 worship leaders, musicians and songwriters at Dallas’ Gateway Church, one of the largest and most influential congregations in North America. The ensemble, which ministers to over 35,000 attendees and thousands more online each week, is committed to leading the Church body in intimate worship with an understanding of the power of the Word of God expressed in music. Throughout the past decade numerous Gateway Worship songs have ranked among the most popular in the world, according to CCLI (Christian Copyright Licensing International).

Walls, a FairTrade Services release, will be available for pre-order beginning Friday on iTunes and Amazon Music and includes a free instant download of the single “Grace That Won’t Let Go.” A new song download will be available each week with all pre-orders until the project’s October 2 release.