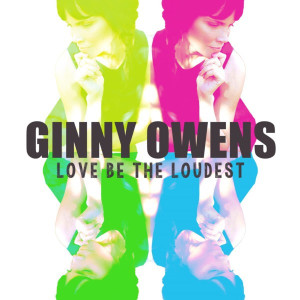 The acclaimed new music shares a timely message for today’s culture and will premiere on several different platforms this week, including two live events that will be available for audiences internationally. Two songs, the reimagined version of Owens’ No. 1 hit song “If You Want Me To” and “The Loudest Voice,” are also available for immediate download with preorder of the album on iTunes.

On the album’s release day, Owens and band will perform several songs from Love Be The Loudest on JUCE LIVE Nashville, a televised event originating from JUCE’s Nashville-area studios. The event will broadcast live Friday from 9:00 – 10:30 pm CST, then is rebroadcast on TBN the next night from 12 am – 1:30 am CST (early Sunday morning). TBN is in 95% of the US markets, plus a significant number of households internationally. JUCE TV’s reach includes DISH Network channel 264 and can be seen online at http://jucetv.com/watch-live/.

The evening before the JUCE event, Thursday, Nov. 17, beginning at 6:45 pm CST, Owens will host a Live Stream Release Event from Nashville on her Facebook page to a worldwide audience. Joining her to perform live and talk about the new songs during this event will be many of her friends that wrote and recorded the songs with her on Love Be The Loudest. 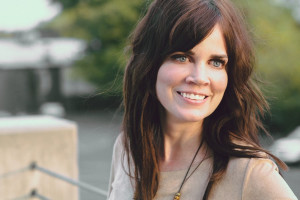 Collaborating with several artists who lent their vocals to the project, including Big Daddy Weave’s Mike Weaver on “The Way God Sees,” Ellie Holcomb on “Love Looks Beautiful,” Meredith Andrews on “How Much More” and All Sons & Daughters on “God Is Love,” Owens shares: “There is no cliché or half-hearted lyric here. Only vulnerability and honesty. God has clearly spoken to me that I don’t have time to waste. Every word and every moment has to have a purpose.”

“We live in a world that doesn’t make sense. What’s right is wrong; what’s important is devalued,” continues Owens. “My prayer is that these songs will inspire listeners to walk with the hope and courage given us by God.”