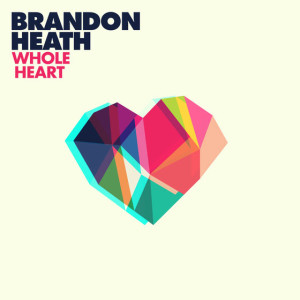 The single is also available at all digital and streaming outlets. Heath has been on the road this week introducing the song to radio partners including Sirius/XM, WRBS/Baltimore, FISH/Atlanta, His Radio Network, KLTY/Dallas and KSBJ/Houston. Last night Heath hosted a Facebook Live sharing the new song with fans.

“I’m excited to have a new song and a new sound out there on radio,” explains Heath. “The message is still the same, God is asking for everything I’ve got. ‘Whole Heart’ speaks to a vulnerable topic, but I wanted it to sound free and open and triumphant. God’s already got it all in His hands, but He still asks us to surrender.”

Radio programmers are already getting excited about the single. “The Brandon Heath my listeners know and love is back with music even better than what put him on the map a decade ago,” shared Al Skop Sirius/XM “The Message”

This summer fans can catch him at various festivals across the country – dates listed here. He will also be joining Tenth Avenue North on their fall tour – tour dates and more details to be announced soon.