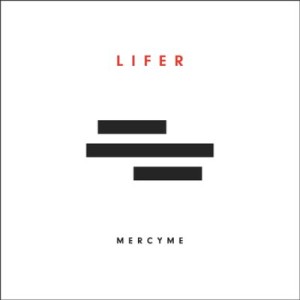 “Even If,” the first single from GRAMMY® nominated MercyMe’s awaited new album LIFER (Mar. 31) skyrocketed into its first week at radio, earning 74 adds across format and is already #13 on the Billboard National Christian Audience chart.

Mirroring the excitement at radio, “Even If” also shot to No. 1 on the iTunes Christian chart. Adding to their two nominations, including Artist of the Year for the 2017 K-LOVE Fan Awards, the fan-voted awards show exclusively debuted a lyric video for the song through their social networks.

On the heels of their RIAA Certified Gold and GRAMMY® acclaimed Welcome To The New (2014), the core of LIFER (FAIR TRADE SERVICES) is the question of what it looks like to live as followers of Christ that are committed for life. Filled with positive, uplifting lyrics, along with energetic beats and soaring melodies, this latest offering delivers the massive hits that MercyMe is known for.

Amidst tour dates across the country, the multi-platinum selling band headed to their home state of Texas for “MercyMe’s Texas Takeover Tour” throughout the month of February with label mate, Micah Tyler. In April, the band will headline a national tour with fellow Fair Trade Artists, Hawk Nelson and Micah Tyler. The band will visit markets like Los Angeles, New York City, Phoenix and more throughout the spring.

LIFER is available for pre-order on iTunes and Amazon Music with an instant grat of the debut single “Even If.” You can also stream the single on Spotify and Apple Music now.