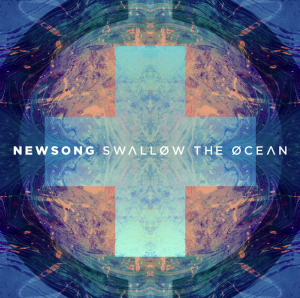 The project features the lead single, “Swallow the Ocean,” which is ascending Christian radio charts nationwide, and currently receiving airplay on K-LOVE, as well as other key stations. In addition, the “Swallow the Ocean” official music video can currently be seen on more than 40 video outlets.

Audiences across the country can hear NewSong perform selections from Swallow the Ocean on the Winter Jam 2013 Tour Spectacular, for which the group also serves as hosts. Created by NewSong in 1995, Winter Jam was ranked the top tour in the world, based on attendance, for the first quarters of 2011 and 2012, according to Pollstar.

NewSong’s unparalleled 30-year ministry has included 17 albums, 20 #1 Christian radio singles, a Dove Award and a GRAMMY® Award nomination, in addition to being inducted into the Georgia Music Hall of Fame, among numerous other achievements. The band’s career has been highlighted by such defining songs as “The Christmas Shoes,” “Arise, My Love,” “Rescue,” and their 2012 hit, “The Same God.”