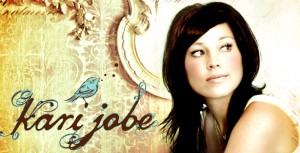 Grammy-nominated and Dove Award-winning Christian recording artist Kari Jobe along with an impressive list of global partners-is lending her support to the exciting new film NOT TODAY in the fight against human trafficking.

Gripping, entertaining and ultimately redemptive, NOT TODAY helps audiences put a human face on the worldwide problem of modern slavery and exploitation.

“We all have to play a role and do our part to fight against the plague that affects 27 million people and growing,” Jobe said. “It’s so incredibly dark, and I feel a responsibility to do what I can. Most of these victims are girls like me, and I can’t imagine what life would be like in that place.”

Produced by Friends Media, NOT TODAY features rising star Cody Longo (Hollywood Heights, Fame, Make It or Break It) as Caden, a spoiled SoCal rich kid partying in India. On mean city streets, he’s oblivious to the so-called “untouchables” until a young girl sold into slavery draws him into the world of India’s outcast Dalits. In the struggle to find her, Caden finds himself and his faith re-energized. Also featured in NOT TODAY: John Schneider (OCTOBER BABY, Smallville, The Dukes of Hazzard), Shari Rigby (OCTOBER BABY, The Bold and the Beautiful) and Cassie Scerbo (Make It or Break It, Hot in Cleveland).

With a 2013 Grammy nomination for her hit CD Where I Find You, Jobe recently recorded the song What Love Can Do, produced by multiple Dove Award winner and Grammy nominee Ed Cash. The song and accompanying video offer Jobe’s personal support for NOT TODAY. No newcomer to the fight against human trafficking, Jobe is performing now with Chris Tomlin’s Burning Light’s Tour, which also features Louie Giglio, whose 2013 Passion conference focused on the subject as well.

SEE AND HEAR KARI JOBE SING ‘WHAT LOVE CAN DO’
Along with Jobe, an impressive array of ministry partners have pledged to promote the film.

“Our Christian faith compels us to lift our hands up with conviction and stretch our hands across with compassion,” said Rev. Samuel Rodriguez, president of the National Hispanic Christian Leadership Conference Hispanic Evangelical Association. “NOT TODAY moves us to reconcile sanctification with service, faith with action and righteousness with justice. Whether it’s creating a firewall against a caste system that does not recognize the image of God in every human being or lifting a clarion call against human trafficking, NOT TODAY is more than a movie. NOT TODAY stands as a clarion call to do justice in the name of Jesus.”

NOT TODAY production company Friends Media is a ministry arm of Friends Church of Yorba Linda, Calif. Using education to lift Dalit lives and prospects, Friends Church has committed $20 million to build 200 of 1,000 proposed schools for Dalit children in the coming decade. Friends already has funded more than 40 of the current 107 schools. Profits from NOT TODAY go toward building schools and freeing children.