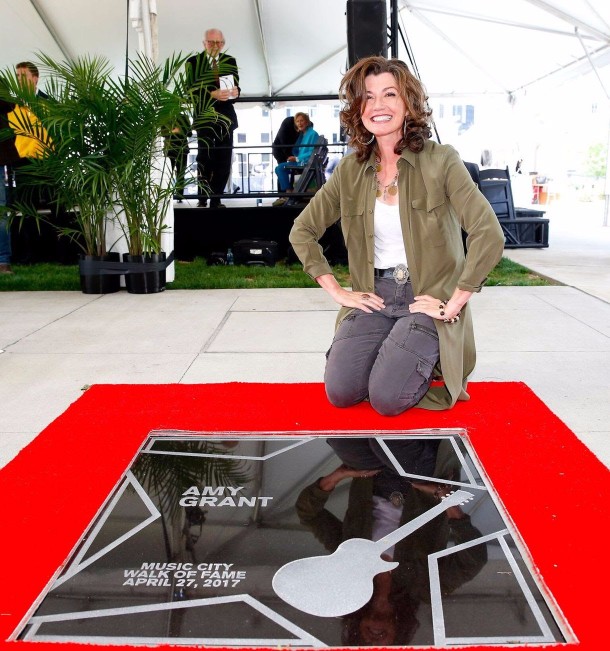 PATH MEGAzine would like to send out a huge congratulations to Amy Grant! In recognition of her significant contributions to Nashville and its musical heritage, six-time GRAMMY winner Amy Grant was inducted into the Music City Walk of Fame.

In addition to her six GRAMMY Awards, Grant has earned 26 Dove Awards (including four Artist of the Year Awards) and has been awarded a star on the Hollywood Walk of Fame as well as the Music City Walk of Fame. Conventional wisdom has it that Grant put Contemporary Christian Music on the map becoming the first Contemporary Christian artist to have a platinum record, the first to hit No. 1 on the Pop charts and the first to perform at the GRAMMY Awards. With that, her legacy as one of the most influential artists of the past four decades is assured.