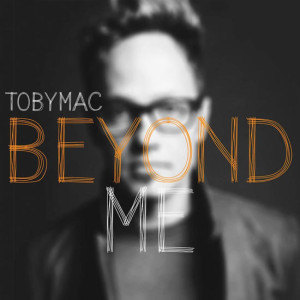 TobyMac is laying the foundations to make 2015 one of the biggest years of his career. His brand new studio single “Beyond Me” received 80 adds combined across Christian AC-Monitored, AC-Indicator and Hot AC last week, and his GRAMMY® Award winning album EYE ON IT also received RIAA Gold Certification.

During a staff presentation at Capitol Christian Music Group (CCMG), President & CEO Bill Hearn also recognized that this honor represents a first for an artist in CCMG history, with each one of TobyMac’s five studio solo projects achieving Gold certification.

“The fact that EYE ON IT and now all five of TobyMac’s albums have been certified Gold by the RIAA is a testimony to how deeply his music resonates with music lovers all over the world. This remarkable achievement is also a first for any artist at Capitol Christian Music Group. The team at Capitol could not be more proud of our history and now extended partnership with the iconic TobyMac.” – Bill Hearn, President & CEO – Capitol Christian Music Group

Available now and already a hit, TobyMac’s “Beyond Me” is the first new single from his forthcoming studio album. In addition to “Beyond Me,” TobyMac also released two new remixed versions of the single – Phenomenon Remix by Soul Glow Activatur and Moodswing Remix. The tracks are available now at all download and streaming music services.

As he puts the final touches on his new album, TobyMac is gearing up to head out on tour this March along with GRAMMY® winner Mandisa and electric pop duo, Capital Kings. TobyMac will perform songs from EYE ON IT, as well as some new tracks from the upcoming album. For dates and ticket information, visit tobymac.com/tour.

About TobyMac:
With more than 11 million units in career sales, TobyMac’s career continues on the fast track. His most recent studio album, EYE ON IT, garnered him the GRAMMY® Award for Best Contemporary Christian Music Album and the highest chart debut of his solo career landing at No. 1 on the Billboard 200 and topping the iTunes® Overall and Christian sales charts. The project made TobyMac only the third artist ever to debut atop the Billboard 200 with a Christian music album. Recently receiving RIAA Gold Certification, EYE ON IT follows the success of his previous four solo projects, which have also received RIAA Gold Certifications. His live DVD, Alive & Transported, is RIAA Certified platinum and received a GRAMMY® award. In less than 15 months between 2012-2013, TobyMac received two GRAMMY® awards, two Billboard Music Awards for Top Christian Artist and Top Christian Album, his first American Music Award for Favorite Artist in the Contemporary/Inspirational category, Dove Awards for “Artist of the Year,” “Pop/Contemporary Album of the Year,” “Recorded Music Packaging of the Year,” “Short Form Video of the Year,” a K-LOVE Music Award for “Artist of the Year” and swept the 2013 Australian Music Award. At the 2014 K-LOVE Fan Awards, he won the award for “Best Live Show.” His latest remix project EYE’M ALL MIXED UP (REMIXES) was released last fall, and TobyMac is currently working on a new studio album set to release later this year.