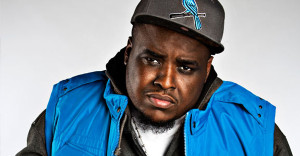 “I am completely blown away and speechless. Thank you to Thi’sl for his heart for St. Louis and generosity. This gift will have such a positive impact on Griffith Elementary students,” Principal Sean Joyce said.

“When I heard about the vandalism at Griffith Elementary, I knew I had to do something about it,” Thi’sl said. “I called Principal Joyce, and he seemed so disheartened and skeptical that they could replace equipment. While traveling and recording with my buddy Bubba he overheard me talking about my plans to help the school. He was eager to help provide funds through Bubba Watson Foundation.”

Thi’sl and Bubba have a longstanding friendship. Each year, Thi’sl participates in Bubba’s Bash, a night of music and faith to raise funds for the Bubba Watson Foundation. Bubba and his wife, Angie are committed Christians who share a passion for philanthropy and dedicate as much time as possible to giving back.