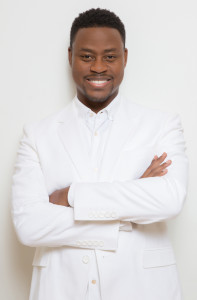 Pastor Charles Jenkins has conquered the American gospel music airwaves with his No. 1 megahits “Awesome” and “#War.” Now, Pastor Jenkins and his praise team are taking their inspiring message to London for the first time.

“This will be my first real promotional tour in London,” Pastor Jenkins beams and he has reason to smile. His Friday, May 13th concert at The Rock Tower (49 Tufnell Park Road, London, N7 OPS), sponsored by House On The Rock London and Premier Gospel, sold out in six days of tickets becoming available.

Pastor Jenkins kicks off Friday the 13th as a guest DJ (presenter) with the popular radio personality Lady T on “The Gospel Breakfast Show” on Premier Gospel, London’s leading Christian radio network. That evening, he and his dynamic praise team join with a London Choir (under the direction of Goziam who is music director for the UK’s leading worship leader Muyiwa) for the big concert at Rock Tower. On Sunday, Pastor Jenkins and his team then invade the 11 AM service at Kingsway International Christian Centre’s Prayer City location at Buckmore Park, Maidstone Road, Chatham, Kent ME5 9QG. Pastor Jenkins will also interview with various media outlets while in the city.

Over the last four years, Pastor Charles Jenkins & Fellowship Chicago have become one of America’s biggest gospel recording artists. His 2012 radio debut “Awesome” spent 22 weeks at No. 1 on Billboard Magazine’s Gospel Airplay chart and established him as a force with which to reckon. It won a BMI Award in 2014 for over 100,000-lifetime radio spins. Then, in 2014, “#WAR” created a new Billboard Magazine trivia milestone when it broke a record for the longest climb to #1 on the Gospel Airplay chart. It held that spot for five non-consecutive weeks and remained on the charts for a total of 55 weeks before falling into the recurrent chart where it has remained #1 for several weeks. The song was also the most played track on Radio One’s gospel format in 2015 and hails from Pastor Jenkins’ #1 best selling album “Any Given Sunday” (Inspired People/Motown Gospel).