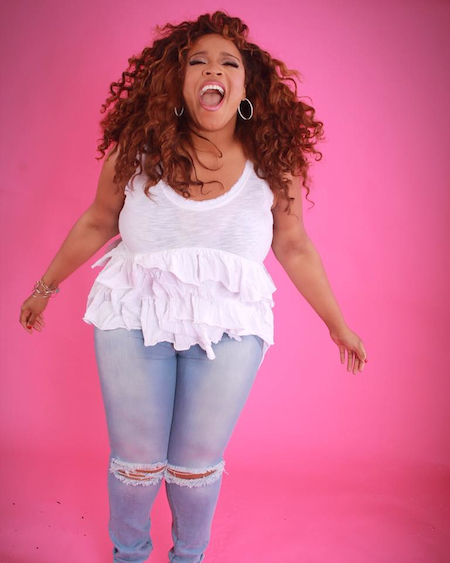 Grammy nominated recording artist, actress, entrepreneur, fashion designer, Kierra Sheard, is preparing to hit the road on a self-titled solo tour; with an all girl band. After releasing her latest project, the critically acclaimed, “LED EP,” Sheard is eager to get back on the road and give her supporters more of the positive, inspiring, yet edgy and bold, Christ-centered music that she is known for.

Kierra recently released a series of social media posts in search of girl musicians, whom she will personally select via online auditions to comprise the all girl band. While there will no doubt be all girls on stage, holding it down for each night of the tour, the concerts are not just for the ladies. Guys are very well welcomed to attend each concert. Kierra and band will be performing an array of new music, in addition to taking attendees on a musical journey with performances of her hits from her 14-year career in the music industry.

“I want those that come, to leave feeling refreshed. Transparency, God, love, music, and more is what I’ll have to offer. I’ll have fun on this tour and do things that I’ve never done before. I will not be prohibited or stopped by anyone but God! I won’t worry about what’s said, I’m going for a raw experience! People don’t want fake experiences. They want what’s real. We all want to feel like we aren’t alone while doing this thing called “life,” says Kierra.

The tour hits the road in July with the first date taking place in Kierra’s hometown of Detroit and culminating in October. Stops along the way include Chicago, Atlanta, Nashville, and New York.

In addition, Kierra is releasing a mobile app on Thursday, May 12th that will be a companion to the tour. App users will have exclusive looks inside of Kierra’s world as she goes from city to city. The new mobile app will be available for iPhone and Android devices. Through the app, Kierra will frequently be able to connect directly with her following and inspire others to live their lives unapologetically.

Kierra says, “I’m so excited about this app! You will essentially be able to “UNLOCK MY WORLD” as I provide exclusive photos, live video streams, music, my obsessions, and a lot more! I also cover songs from different genres of music like Coldplay’s “Paradise”, Ellie Goulding’s “On My Mind”, Sia’s “Chandelier”, and Beyoncé’s “If I Were A Boy”. I’m too excited for the release and can’t wait to take my fans along with me on this interactive journey.”

You download the new app from Kierra Sheard for your iPhone or Android devices on May 12th and mark your calendars for tour stops in a city near you.