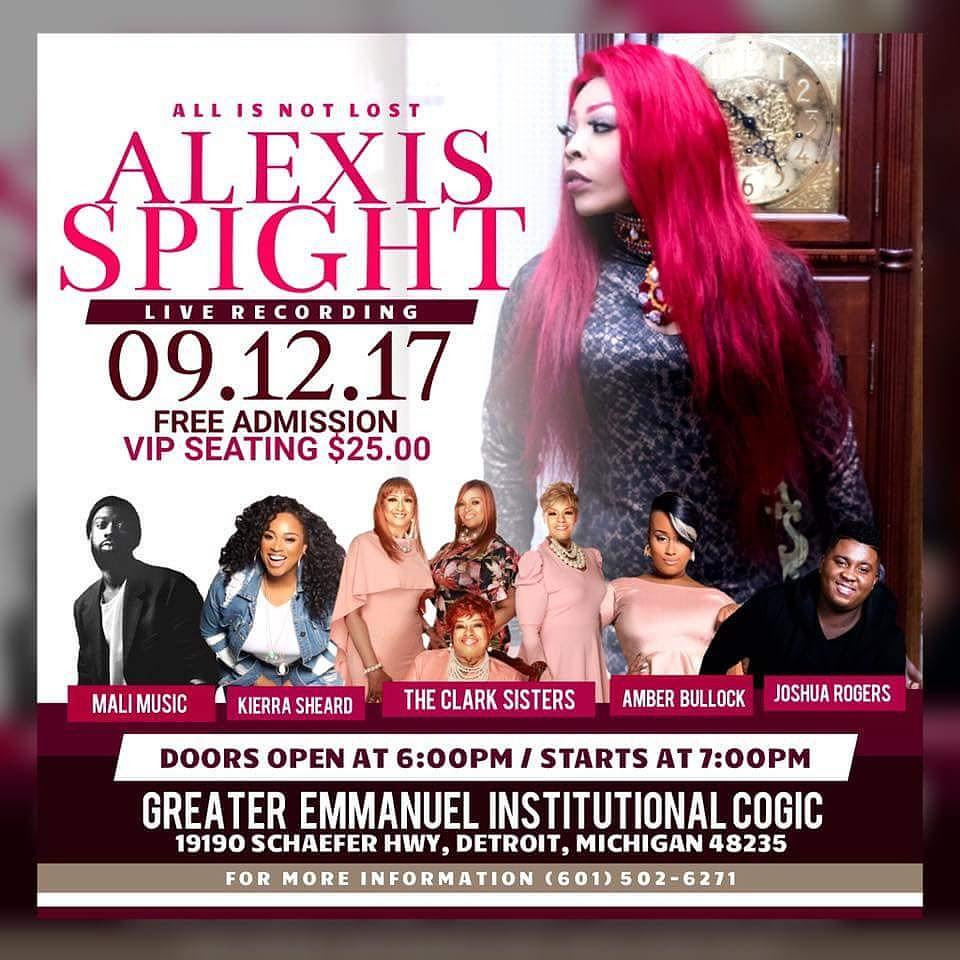 In such a short period of time Alexis has become one of hottest trailblazers in the industry. Her unique talents have afforded her major TV performances, appearances in large arenas, churches, and outdoors venues throughout the United States. Alexis has also had performances and tours abroad in areas such as The United Kingdom, Canada, The Bahamian Islands, U.S. Hawaii just to name a few.

In 2015, Alexis released her third hit single “All the Glory”, which God blessed to remain in the top ten on Gospel Billboard charts as the only female vocalist for several weeks.

Following the God-favored success of “All the Glory”, Spight released her sophomore project “Dear Diary”, debuting at #2 in the country. Ms. Spight’s latest single entitled “It Will Be Alright” from her sophomore project. More recently during the summer of 2016 the hit single climbed back to #7 on Gospel Billboard charts, even after a year’s release. Alexis attributes the success God has given her to God’s unmerited favor, and the will to be tenacious in ones fight through challenges.

After overcoming adversities like homelessness, insecurities, material losses, and consecutive deaths, above all else, Alexis aspires to encourage, uplift, inspire, and provoke change through the message of sound God has given her, while reminding the outcast that they are not cast out.

Alexis is currently prepping for the release of her highly anticipated live recording titled “All Is Not Lost” held in Detroit Michigan September 12, 2017. (See Flyer above).