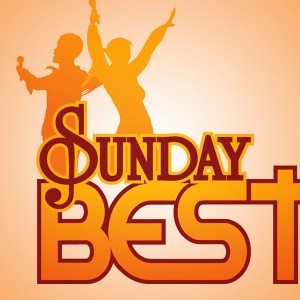 Are you the nations next Sunday Best? BET just announced the cities where auditions will take place for season 7.

Since its launch in 2009, the competition show has brought to the forefront some remarkable talent. Take a look at the audition cities below, and view the past winners after that.

**Click here to register for the BET.com Digital VIP Suite where you could get a chance to skip audition rounds! 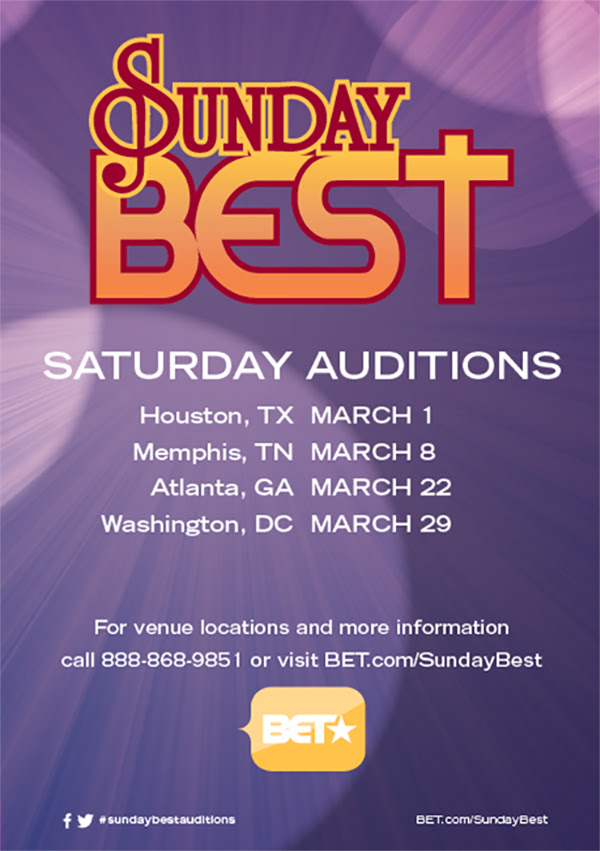 […] has brought to the forefront some remarkable talent. Take a look at the audition cities below, and view the […]

Can Sunday Best please come to Charlotte NC at least…..

How do I sign up for auditions in Atlanta, GA for March 22nd 2014? I have been waiting for this break

What facility will they be hosting Atlanta auditions at?

How do I sign up for the Houston location

NOTE: Only dates and cities have been released. We will let you know as soon as they notify people about the physical addresses and song selections. Or call 888-868-9851 to contact Sunday Best hotline.

When will Sunday Best be in Miami??

HELLO ADDRESSES HAVE BEEN ADDED.. THERE ARE NO OTHER AUDITION CITIES. GOOD LUCK!

How do I register or create an account to register for the Atlanta audition?

ADDRESSES HAVE BEEN ADDED.. THERE ARE NO OTHER AUDITION CITIES. GOOD LUCK!

Hi Kris, thank you for the information, I was just wondering if you might know why these are the only cities you all will be auditioning in this year or, is there a possibility that you all might come to the Mid West?

How do I register for Sunday Best auditions in Houston, TX?

I am white and from Europe and Im going to audition 🙂

Thats awesome. Have you gotten your US citizenship? Thats one of the qualifications. Good Luck

im rooting for ya

What time are the auditions in memphis tn

How do I sign up for the Atlanta auditions? I tried registering and it won’t go through.

You just go to the venue amd wait in line. I would suggest geting there a little early

There is no regular registration. You would just appear at the venue amd wait in line. The VIP registration only honors the first 200 people in each city who have applied for the ticket to skip the preliminary rounds.

My sister will be there! and so will I to support her……bringing worship to the arena!

When will the audition show be on TV for the Washington DC auditions? I have a friend that auditioned. How can I see it?

Are there going to any more Auditions if when and were

I wanna be there next year Lord willing I can really sing and I love the Lord too.

I’ve been singing since I was 3. I LOVE to sing to the Lord and from my heart. Hopefully I’ll enter next year and show the world the feeling of love through song.

I’ve been delivered fom addiction and boy can I sing, I want to let out for jesus what the devil has bennholding inside of me for a long tie, glory to God!!

I’ve been delivered from the hoorors of addiction, I want to let out of me what the devil has been holding inside of me, for a long time im singing for jesus, and him only, I love the LORD!! only by hisgrace and mercy I’ve been clean drug and alcohol free for 16 years..LORD I thank you!!!

When will we know when auditions for season 8 will be? I gotta be there! I’m coming in with faith and a word from a profit.

Is Sundays Best having auditions for 2015?

Is there a way u can video audition? ?? Email me please Dynasty2995@gmail.com

I have the same question about the video audition. And if its possible Email me. Kendra.croom@yahoo.com