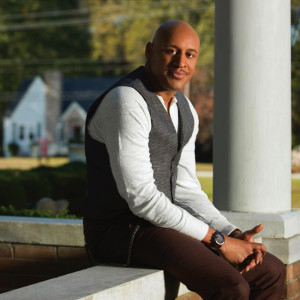 BRIAN COURTNEY WILSON lands a Top 5 single on both Billboard and Mediabase Gospel radio charts with his current hit “Worth Fighting For.”

The title track from Wilson’s current album, WORTH FIGHTING FOR was released earlier this year. Wilson brings his full measure of singing and songwriting talent to the live project, especially on the single “Worth Fighting For.” The compelling song is a soulful expression of Brian’s joy and love highlighted by his signature and melodic tenor. It touches a chord with audiences because of its timely message and continues to make an impact at radio currently #3 on Mediabase and #5 on BDS.

Wilson is set to launch a national campaign, #WeAreWorthFightingFor in an effort to unify communities to speak encouragement, victory and power to young people around the country.

Wilson will also hit the road this summer on select cities on Erica Campbell’s HELP 2.0 Tour. Several appearances in July include:

Brian Courtney Wilson is a leading voice in urban inspirational Gospel and worship music. He is a Dove, Stellar and NAACP nominated artist who offers a fresh mix of R&B, gospel, soul and worship. Wilson also won a Stellar Award in 2014 as part of the super group United Tenors.

WORTH FIGHTING FOR, the 11-track live album released on Motown Gospel is moving and powerful and includes other noteworthy tracks “Mindful,” “It Will Be Alright,” and the worship anthem “I’ll Just Say Yes.”