[Chairman Albert Jamison speaks to the GMWA body during the closing session of the 49th Annual Board Meeting at the Palms Hotel in Las Vegas, NV.]

Board members, Delegates and lovers of the Gospel Music Workshop of America (GMWA), came together at the Palms Resort in Las Vegas, NV, February 14th – February 17th to plan for the upcoming Annual Convention of the GMWA, slated to take place in Birmingham, AL, July 23 –July 29th, as well as planning ahead for the 2017 Annual Convention which will celebrate 50 years for the organization.

Information shared included details about the Quartet Division, which will kick off on Saturday, July 23rd and run throughout the entire week. Gospel Announcers Guild Leader Dennis Cole, shared detailed information about a friendly East Coast – Mid-West Competition, Christmas in July, a special Health Segment with Linda Greenwood, a closer look at the future of Radio and Internet stations with Chris Squire and a special “Digital Social Media Connect with The Belle” work session, just to name a few.

This was an extremely productive Board Meeting that included implementing new ideas, instituting more educational work sessions and fun for everyone in attendance. 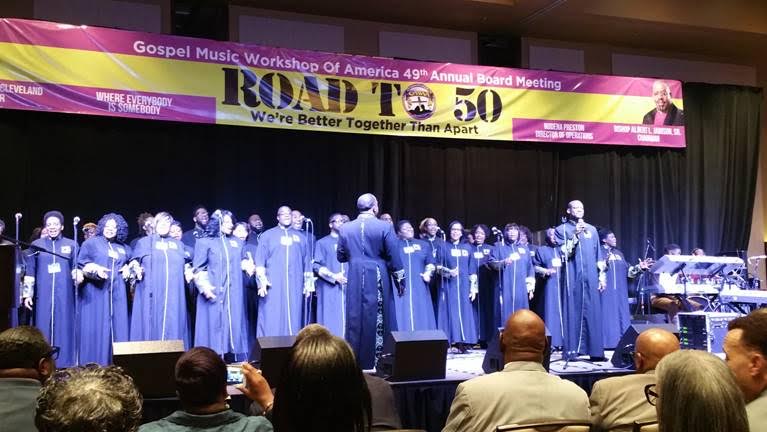 [Patrick Lundy and the Ministers of Music singing during the closing session! They were flawless!]