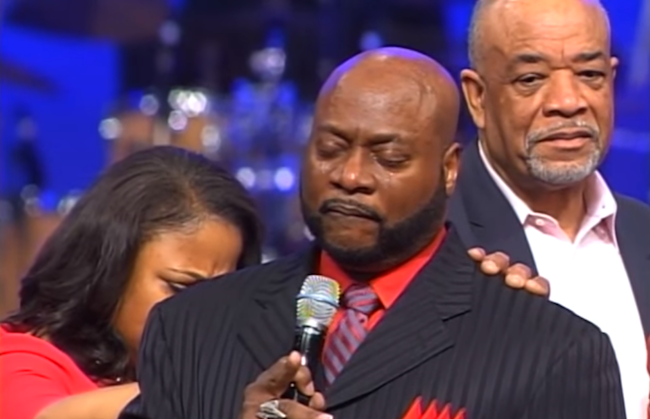 In an emotional video shown below and posted on YouTube entitled “The Power of God’s Love,” Bishop Eddie Long has revealed to his congregation that he once considered committing suicide.

Although Long did not specifically say what circumstances led to him contemplating suicide, it was likely tied to the 2010 sexual allegations against Long’s “spiritual sons.”

He referenced a time when he “was being condemned from the four corners of the earth, I had a moment when I wanted to kill myself and was ready.”

However, he said that the love from his congregation helped to save him.

He thanked those who stood beside him and blasted those who use social media to “kill one another.”

“And you didn’t judge me. There are folk here who know what I mean, that you’re alive because somebody loved you. They didn’t give you a sermon, they didn’t question you, they didn’t call you before a council,” he said.

“We have no right or justification to kill one another on social media, especially when you don’t know. And if we’re going to be saints, if we’re really going to move into the things God has, let’s love one another.”