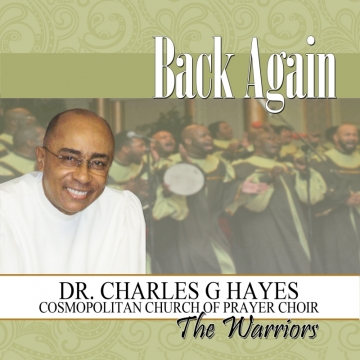 Up until his death Thursday, February 13, Pastor/Dr. Charles G. Hayes was actively recording Gospel music and serving the church he founded. Chicago’s Cosmopolitan Church joins thousands around the world in remembering Dr. Hayes, known to many as Father Hayes.

Active in the Gospel music ministry for over 50 years, Father Hayes and the choir have travelled extensively throughout the US and abroad proclaiming the good news in song.  Funeral services celebrating his life are as follows: 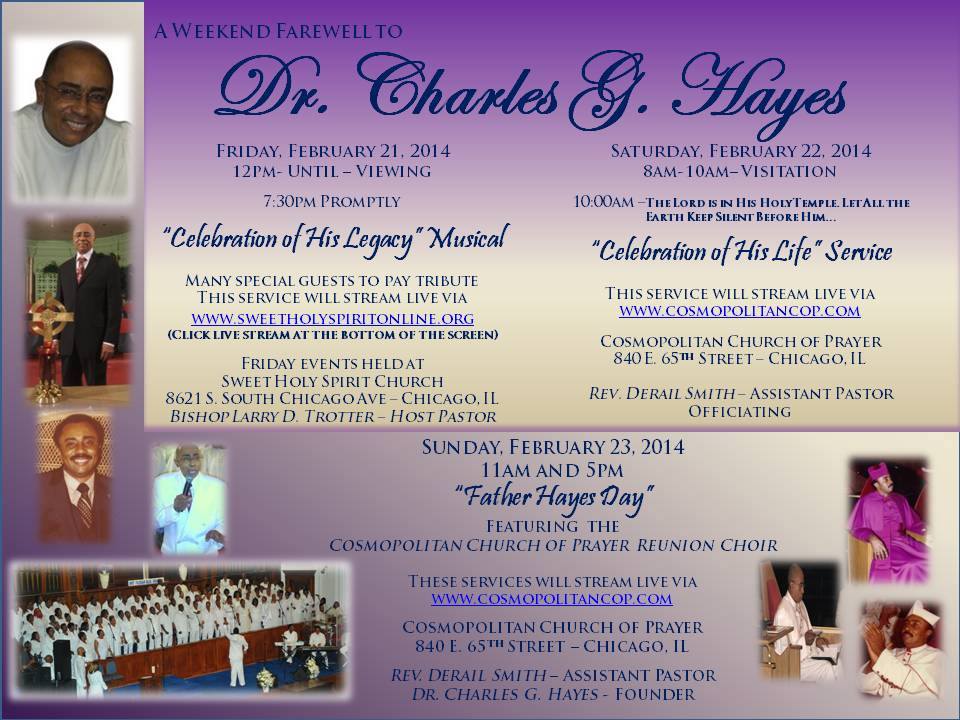 In April 1959, Dr. Charles G. Hayes founded the Cosmopolitan Church of Prayer in the basement of Morris Jackson’s home at 634 Woodland Park in Chicago. In those days, Hayes placed the folding chairs weekly and served as church pianist before he gave his sermon. Eventually, the church moved to a storefront on Cottage Grove Avenue. Hayes then began a Sunday night radio program.

Although he was still in his twenties, people started calling him Father Hayes because his advice and counsel seemed so fatherly. In 1961 the church converted an old post office on South Langley Avenue into their sanctuary. It was at that venue the Father Hayes and the Voices of Cosmopolitan began to make records. Nicknamed The Warriors because of their driving and energetic vocal presence, they produced gospel hits such as “The Bridegroom Cometh”, “Step Back and Let God Do It”, and their signature tune, “Jesus Can Work It Out”.