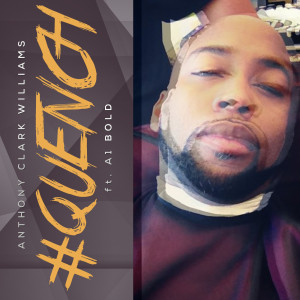 Well it appears some of our concerns are getting clearer concerning the artist formerly known as Tonex. The artist who changed his name to B-Slade, seems to be poised for a comeback to Gospel music.

Promoters are now calling it an official comeback; the scale of which has not been confirmed by Tonex.

Last week the artist announced a concert using his former name Tonex for the first time in years. What was unclear was whether or not this was going to be a Gospel concert to go along with the use of his former moniker.

Those questions seem to have been answered with the brand new release of the song “Quench,” promoted under his birth name Anthony Clark Williams.

The song’s lyrics give us some idea to the thought process of Tonex, as he seems to acknowledge his back-sliding.

Regardless of what name he uses, Tonex is still keeping us in suspicion as to his long-term plans.

After provocative secular performances in gay bars, and after announcing his support of the gay lifestyle calling it a genetic pre-disposition and not a choice.

Tonex can only hope to find favor amongst the Gospel community he once scorned. His loyal fan-base, Tye Tribbett and Dorinda Clark-Cole has already been voicing their support on the social networks.  Will you support him?

Take a listen to “Quench” featuring A1 Bold below. The song is also available for a free download.