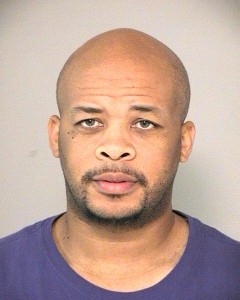 According to staffers at the Fort Bend County Sheriff’s office, Fortune was released on a $20,000 bond. He was charged with aggravated assault to a family member.

It is not known what family member is accusing him of assault, but the artist released the following statement to Path MEGAzine:

“Speaking to the recent charges James Fortune on the record stating: I am truly sorry for the negative attention this situation has brought my wife, family, friends and business partners. Because it is a pending legal matter, I cannot comment on what has been reported. However, I understand the seriousness of this matter and ask that you respect the privacy of my family as we address this together. I would also like to thank my fans for their continued outpouring of love and support.”

This isn’t Fortune’s first brush with the law. In 2012, James Fortune was accused in a civil lawsuit of abusing his 4 year old stepson in 2001, by putting him in scolding hot water. That child is now 17 years old.

James Fortune is the host of the nationally syndicated James Fortune Radio Show. There is no word yet on if or when Fortune will return to the show.

The following video was released by Fox 26 in Houston who broke the story: