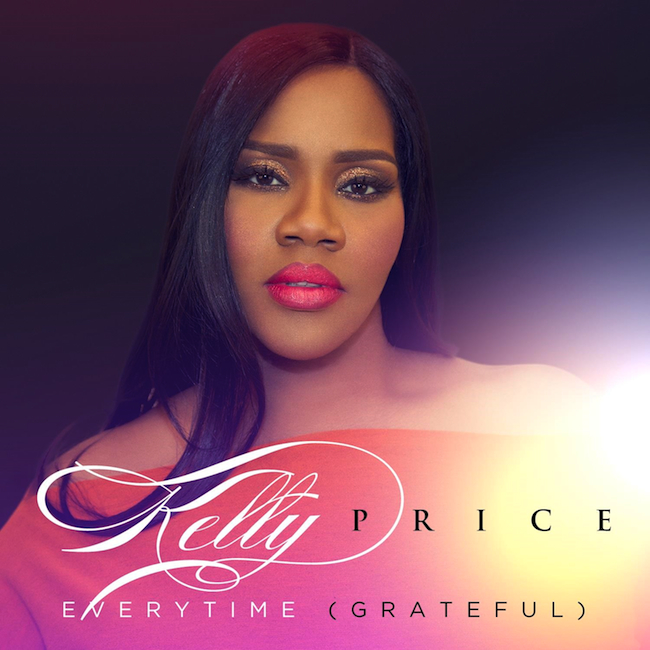 Seven-time GRAMMY®-nominated singer and songwriter Kelly Price makes a declarative statement with the release of her new single “Everytime (Grateful),” which is available now via all digital retailers, and just released to radio. Driven by her beloved voice, Price penned the song, with co-writers Troy Taylor, Johnta Austin, and James Foye III.

Price performed the song on national TV for the first time earlier this year on the 24th Annual Trumpet Awards, which is airing around the country now (check local listings). “Everytime (Grateful)” will be featured on the forthcoming Saints & Sinners album, the soundtrack for the new Saints & Sinners television series. The first-ever drama series from Bounce TV will begin airing on Sunday, March 6th at 9:00 p.m. (ET).

Currently, Kelly Price is working on a new album, the follow-up to Sing, Pray, Love, Vol 1: Sing, which was released on Entertainment One Music. Price is also featured on Kanye West’s newly-released album The Life of Pablo, and recently joined West on stage at Saturday Night Live, for his performances of “Ultralight Beam” and “Highlights.”

Watch Price perform the song at the Trumpet Awards below: