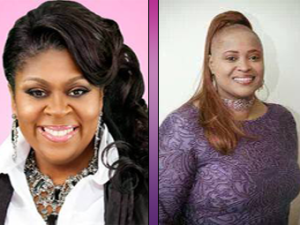 The Gospel and Christian industries were hit hard with death’s sting over the weekend. The sad news begin with the loss of TBN co-founder Paul Crouch and didn’t let up.

As she transitioned, her Children and Grand Children were with her to love her on her journey. She leaves to mourn four children, Karen Jordan, Kevin Jordan, Kim Burrell and Kathryn Burrell along with 10 Grandchildren.

This great woman of God was an Evangelist. She is known as being an amazing teacher, an author, preacher and encourager.

Dr. Angel Smith, senior Pastor/Founder of Faith In The Word Ministries, was beloved by many all over the country. Her power-preaching style could move you to take action and better yourself. Smith was invited to speak all over the country, amazing congregants with her gift of prophesy and her messages of forgiveness and overcoming.

We here at PATH are going to miss Dr. Angel Smith. She was a family friend of ours. I was shocked as she had just recently liked and commented one of my Facebook posts.

Smith was survived by her Children and Grand-Children.  We will post funeral details for Dr. Smith as they become available.

Arrangements for Helen Graham Spears are as follows:

(FLOWERS MAY BE SENT)

CARDS AND GIFTS MAY BE SENT TO:

Repost from Dr. Smith’s facebook page: The Homegoing Celebration for Dr. Angel Smith will be this Saturday, December 7 at Greater Emmanuel Temple of Deliverance – 15701 James Couzens in Detroit, Michigan. The family hour will be from 9-10 a.m. and the celebration will commence at 10:00 a.m. Dr. Smith was a praiser, we are coming together to REJOICE and CELEBRATE her life and legacy.