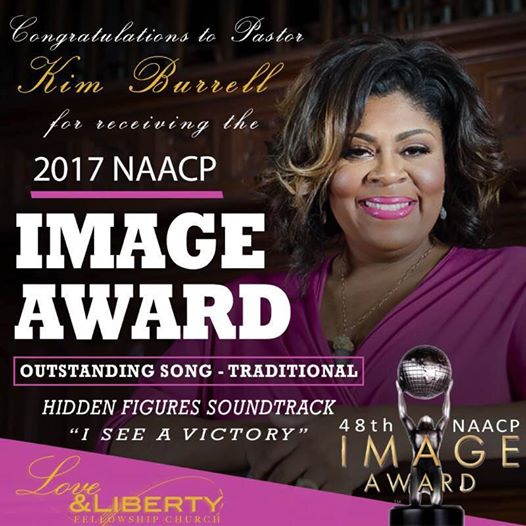 Kim Burrell’s career stopped a little bit of the bleeding with a win for Outstanding Traditional Song at the 2017 NAACP Image Awards.

After Burrell’s comments on homosexuality, backlash was coming from all directions, leading to the BMI Awards pulling their Trailblazer Award from accomplished singer.

The evening featured big wins by the likes of Tamela Mann, the cast of Black-Ish, and Kim Burrell and Pharrell, who took home an award for their “Hidden Figures” collaboration.

In the interview below, Erica Campbell reaffirms that the backlash Kim Burrell received earlier this year isn’t going to halt her career.

Take a listen below to the interview with Erica Campbell, as she gets Image Award updates from entertainment journalist Jasmine Brand.