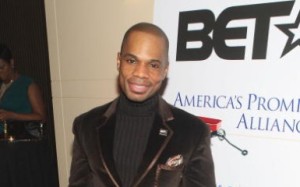 After debuting their first Gospel reality show “The Sheards,” BET is set to premiere another one featuring gospel star Kirk Franklin.

Kirk Franklin will host the musical competition series “Gone Gospel,” which will take familiar artists and put them through a “gospel boot camp” to renew their lives and careers.

The description of the show indicates that the network is focused on providing a more positive spin on African American life than shows such as “Love & Hip Hop” and “Basketball Wives” on VH1, which critics say have featured conflicts and bad behavior among its participants.

Among the new BET shows are “Back to Me with Jeanette Jenkins” featuring trainer-to-the-stars Jeanette Jenkins as she “reshapes the lives and bodies of everyday people with her holistic approach to healthy living.”

The show is the first unscripted series from the husband-and-wife creative team of Salim and Mara Brock Akil, the producers of BET’s “The Game” and the upcoming “Being Mary Jane.” The couple has an exclusive development deal with BET.

“Hip Hop Sisters” will star veteran female MCs Lady of Rage, MC Lyte, Yo Yo, Smooth, Monie Love andLil Mama as they join together to “reclaim the Hip Hop Throne and in the process find their next protege.”

The fourth pilot, “Internal Affairs,” “takes a stark look at police officers investigating some of their own.”