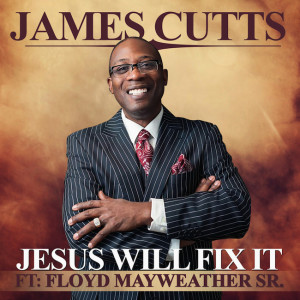 “Jesus Will Fix It” is produced by 8Derrick Lee *(Bobby Jones, Everett Drake) and is impacting gospel radio now. The single is available on all digital outlets today.

“Jesus Will Fix It” is a traditional Gospel tune that infuses different styles of music including Quartet, Praise and Worship, and Traditional R&B, and is embedded with messages of hope and encouragement to all generations and ethnicities. “I wrote this song for everyone,” states Pastor James Cutts, “But more importantly for men to let them know it’s okay to publicly show thanks and adoration to God without feeling ashamed.”

“Jesus Will Fix It” also found Floyd Mayweather Sr. in a place of thanksgiving to the Father. Mayweather Sr. adds: “God said give him his time! I’ve been blessed to be rich after many years of being poor! I’m a living witness that Jesus Will Fix It!” Mayweather Sr. who is also a Grand Rapid’s native testifies that “God fixed it for me to where I was able to come back and fight after being brutally shot in close range in 1978 and staying in the hospital for 4 months.” 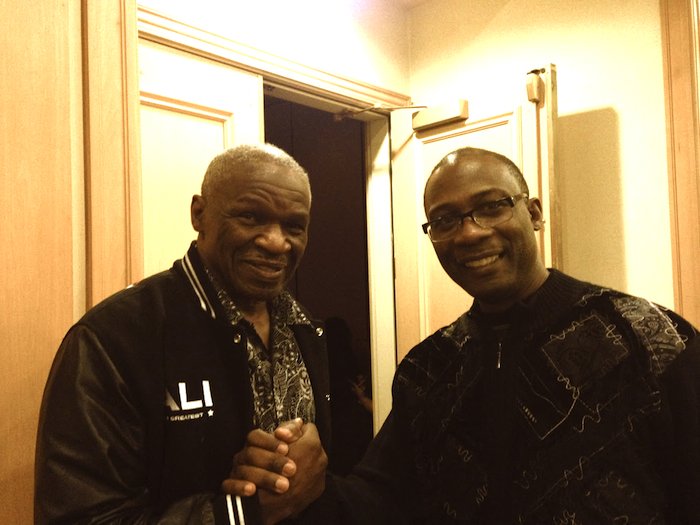 Pastor James Cutts was born into a musical family. At the age of 4, he was singing with his family quartet The Wings of Faith. At the age of 10, he had learned how to play the bass guitar and performed and recorded several songs with his sister. Together, they shared the same stage with notable groups such as The Pilgrim Jubilee, Mighty Clouds of Joy and The Canton Spirituals to name a few. At the age of 17, Pastor Cutts accepted the call to preach after performing and making several appearances with his friend and GRAMMY award winning musical legend Al Green. He credits Green for his overall musical knowledge and ministry acumen. At the age of 22, Cutts was an ordained minister and traveled across the world speaking to Spanish groups and various denominations. In 2012, Pastor Cutts received a Masters degree in social work and served as a substance abuse counselor and worked with autism organizations.

Years later, Pastor Cutts ultimately was drawn back to music singing the Gospel and found himself recording with the Metropolitan Spiritual Church choir and recording the song “Jesus, I’ll Never Forget” with Dr. Bobby Jones. He’s performed and/or opened for greats such as James Cleveland, Kurt Carr and Fred Hammond to name a few. Pastor Cutts has been supported by the famed Williams Brothers and has been publicly acknowledged by his hometown friends, family group The Debarge and Dr. Marvin Sapp – who credits Pastor Cutts as a progressive gospel trailblazer within the Grand Rapids area.

Check out the recent interview below done by Bobby Parker with Cutts and Mayweather Sr.