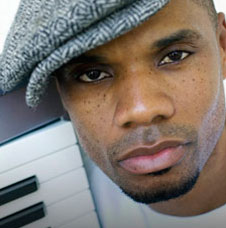 PATH announced that Kirk Franklin would sign a distribution deal with RCA Records weeks ago, but today it became official. RCA Records announced today that it has entered a long-term label deal with Gospel music icon Kirk Franklin to establish Fo Yo Soul Recordings, an inspirational music label which will showcase some of the genre’s most talented emerging artists and established performers.

“We are thrilled to be Kirk’s partner. He is a one of a kind artist and music executive who brings his unique insight to inspirational music. We look forward to welcoming the new talent he will bring to the roster,” states Tom Corson, President & COO RCA Records.

“I’ve been blessed to be with RCA Records as an artist, so I know firsthand that the team that Tom and Peter have assembled are among the most creative and hardworking in the music business,” said Mr. Franklin. “Expanding our business relationship in a way that empowers my team to identify and develop great new artists is really a dream come true for me. We’ve already been hard at work and I am very excited to be able introduce the world to some amazing new talents in the coming months.”

The first release under the new deal will be the debut album from the Gospel vocal quartet, The Walls Group, four siblings from a family of 10 who have been immersed in inspirational music since birth. Continuing in the tradition of such groups as the Jackson 5 and The Clark Sisters, the four young Walls’ siblings, while firmly anchored in Gospel tradition, bring a freshness and hip factor which is sorely missing in the genre today.

In addition to The Walls Group, Franklin has secured the rights to release the debut album from the next winner of BET’s Gospel music competition show, “Sunday Best,” which Kirk has hosted and Executive Produced for the last six seasons. The debut album from this season’s winner is expected in Spring 2014.

For nearly two decades, Franklin has been a multi-platinum-selling pioneer in gap-bridging musicianship, uniting audiences across Gospel, hip hop, pop and R&B. His irresistible rhythms and rhapsodies have resulted in albums that consistently top both Billboard’s Gospel and Christian charts, and have ascended triumphantly into the Top 10 of the R&B/Hip Hop charts. To date, Kirk Franklin has garnered nine GRAMMY© Awards, 39 Stellar Awards, 16 Dove Awards (CCM), eight NAACP Image Awards, two BET Awards, an American Music Award, a Soul Train Award and numerous others.

His unprecedented penetration into the mainstream has fortified him to also become a New York Times bestselling author for The Blueprint: A Plan for Living Above Life’s Storms (Gotham/Penguin). Franklin is also the host and executive producer of the Gospel talent show “Sunday Best,” the highest-rated Gospel program in BET network history now in its sixth season. In addition, Kirk is the co-host of the successful television show “American Bible Challenge,” which is now embarking on its second season on the Game Show Network.

More recently, Mr. Franklin has been hard at work alongside the House of Blues creating a new Gospel brunch experience, Kirk Franklin’s Gospel Brunch at House of Blues, which debuted earlier this year. In addition, Kirk established a Gospel Music channel at SiriusXM radio, Kirk Franklin’s Praise which debuted this spring and features programming hand curated by Franklin.