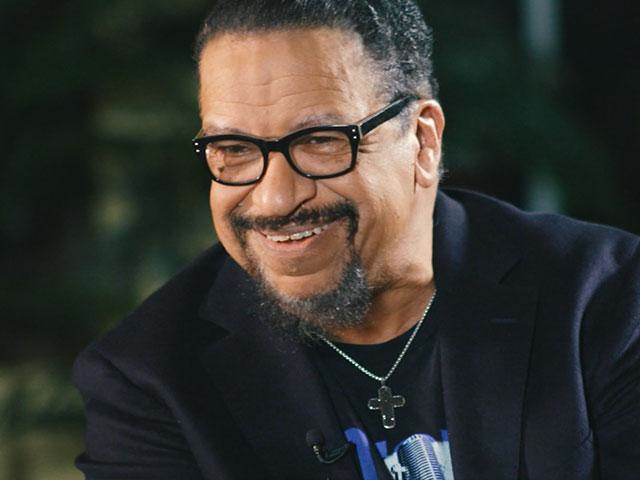 Each week, the youthful voices of the Howard Gospel Choir fill the halls of the historic Andrew Rankin Chapel.

It also serves as the choir’s rehearsal space, where they put into practice the biblical directive found in the book of Psalms: to make a joyful noise unto the Lord — singing, clapping, and rocking, for example, to a reimagined, up-tempo version of the classic hymn “Great Is Thy Faithfulness.”

He’s a gospel music legend whose music connects with both young and the old. CBN’s John Jessup explains the ‘magic’ behind the music of Richard Smallwood:

Today former members like Smallwood serve as ambassadors to the university, performing around the world and offering a mix of soulful musicality with a ministry devoted to being “salt and light” wherever they go.

When Gospel Was a No-No

Yet several decades ago gospel music was deemed an unwelcomed genre by the faculty of the music department. During the 1960s and 1970s, a music major who was caught playing anything outside the catalogue of classical composers could be suspended.

“Gospel music was a no-no,” recalled Richard Smallwood, a Grammy Award-winning gospel artist, a 1971 graduate of Howard University and one of the choir’s founding members.

“We knew how to switch from the latest gospel song to [Johann Sebastian] Bach in three seconds flat!” he laughed. “If somebody said, ‘Here comes the dean,’ we’d go right from whatever we were playing to Bach or [Frédéric] Chopin until he passed the door. And then we’d go right on back to our gospel.”

A Life-Long Love of Music

Smallwood, considered a living legend in black gospel music, has been performing on the world stage for decades. His love of music developed while he was still in diapers and in a crib.

“My mother tells the story that before I could talk … when I could come home from church on Sunday mornings, I would hum whatever hymn they sang at church,” Smallwood told CBN News. “So when I was two, [my parents] brought me a toy baby grand piano, and I would bang rhythms on the piano and hum.”

His stepfather was a Baptist preacher who played the piano.

“By the time I was 7, I was playing for his church,” Smallwood recalled.

But it was his mother, Mabel R. Smallwood, who helped him develop an ear for all kinds of music — exposing him to everything from classical to jazz to opera to show tunes and a variety of artists like Ella Fitzgerald, Peggy Lee, Rachmaninoff, and the Roberta Martin Singers.

“I was growing up this little kid with all these crazy tastes,” he told CBN News.

From a small kids’ choir, which he to this day affectionately refers to as the “Baby Smallwood Singers,” to his current ensemble, “Vision,” Smallwood has earned multiple Grammy nominations, Dove Awards, Stellar Awards, and a spot in the Gospel Music Hall of Fame.

He has collaborated with the likes of Chaka Khan, Quincy Jones, and Aretha Franklin. He also teamed up with Bill and Gloria Gaither to write “Jesus, You’re the Center of My Joy.” And Whitney Houston showcased one of his songs, “I Love the Lord,” in the 1996 remake of a Christmas classic, “The Preacher’s Wife.”

In September 2015, his popular anthem “Total Praise” was performed for Pope Francis during a White House reception hosted by President Barack Obama. It was a moment he describes as amazing.

The maestro’s songs are sung the world over — instantly recognizable by the distinctive “Smallwood sound,” which can be described as a heavenly blend of soaring melodies expressed through the genre of traditional gospel music and infused with his years of classical training.

Dark Night of the Soul

Still, with all the acclaim and success, Smallwood, an ordained minister, stunned fans last year when he revealed that his signature sound often came from a place of pain.

“It got to the point where I couldn’t get out of bed, I wouldn’t get in the shower,” Smallwood told CBN News. “The only time I would sort of go out is if we had somewhere to sing.”

He’s written and composed volumes of songs and produced around 20 albums. So how did depression affect the creative process for Richard Smallwood? His answer may surprise you. Watch below:

In the living room of his suburban Maryland home on the outskirts of Washington, D.C., he told CBN’s John Jessup that he started dealing with depression when he was around 30 years old.

The feeling of being overwhelmed increased after a series of tragedies that landed him in what he described as a “deep, dark well.” Those included the deaths of several close friends and learning in his adult years that the man he called “dad” from childhood was not his biological father.

“All of that was going on at the same time, and I just had to talk to somebody,” he explained.

He approached a minister from his church, who was also a licensed clinical psychologist.

“After seeing me a while she said, ‘Richard, you’re 100 percent clinically depressed,'” Smallwood recalled.

The talks helped, but he remained in the dark hole.

“I had to get on medication, which was a major decision for me because I was afraid,” he said. “I heard so many horror stories. But it wasn’t getting any better.”

“They’re coming up to me saying, ‘Your song saved me from this’ or ‘Your song ministered to me,’ and I’d go off the stage and go back to the hotel, close the door and I’m hurting,” Smallwood explained.

The pain intensified as he desperately tried to keep it hidden from everyone.