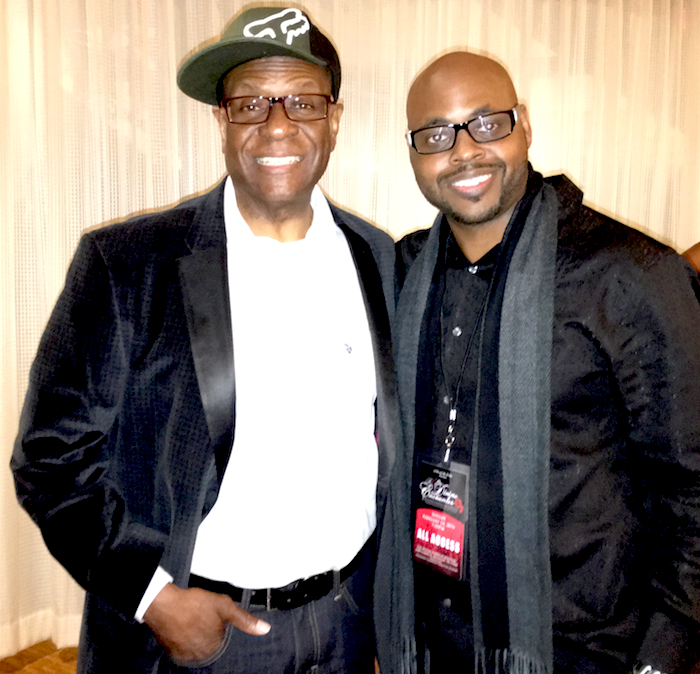 In the midst of making his guitar sing for hit Gap Band songs like “You Dropped the Bomb on Me” and “Outstanding,” original member Ronnie Wilson spoke to Path MEGAzine publisher Kris Patrick at the Divine Encounter Valentine’s Gala in Houston, TX.

In a brief chat backstage Ronnie Wilson (the older brother of Charlie Wilson), announced that he’s working on a Christian album. Wilson revealed that TobyMac will collaborate on a song or two, and he aims to work with Gospel rapper Lecrae among others.

The Genre and style of the album should be mixed, but for now Wilson is calling the album a “Christian Album” instead of a Gospel album.

As the group performed on stage noticeably without kid brother Charlie Wilson, they frequently thanked God throughout their set.

Ronnie Wilson says that he’s always wanted to make a album that gave glory to God. “God has done so much for me,” said Wilson.

PATH’s Kris Patrick says, “As Wilson and I talked he shared with me a mantra that directs his PATH.” “The most important dates are WHEN you’re born, and the day you find out WHY you were born,” says Wilson. “Then you can pursue what God wants you to do.”

Although he’s made a living off R&B and funk music, Wilson’s entry to the Christian music industry should be unique.