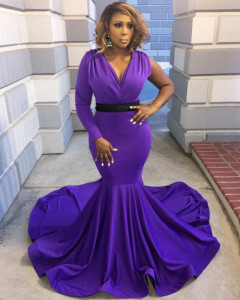 The gifted and beautiful singer, actress and comedian, Lexi will bring her talents to Motown Gospel for her first album in five years.

Lexi Allen is a natural talent who has been singing since she was a child growing up in her grandfather’s church. Her 1990 debut, Call Me Lexi, caught the attention of the world launching a career that would expand into acting, comedy and more. Her 2012 release, the critically acclaimed Phenomenal, featured the hit singles “Burn It All Down,” and “Abide.”

Today, the Detroit-based artist is well-known for being an innovator of online urban and church humor where her YouTube channel has become a go-to site for comedy videos. Creating entertaining and memorable characters, Lexi’s comedic timing and hilarious skits have set her apart as a viral sensation.

Lexi’s powerful vocals and signature tone will help bring her first love — singing— back to the forefront. “For as long as I can remember, there have been a few things that have remained at the center of my life— God, family, music & laughter,” shared Lexi. “Motown Gospel and I agree that it is time to re-focus on the music. I’m encouraged and motivated, and I’m anticipating great things with such an amazing team at Motown Gospel.”

Poised to fill a void in today’s gospel marketplace, Lexi is an undeniable talent. “It is a true joy to partner with an artist who has such a developed sense of creativity and personality,” said Monica Coates, Vice President of A&R, Motown Gospel. “We are excited to support her as she takes her music to the next level.”