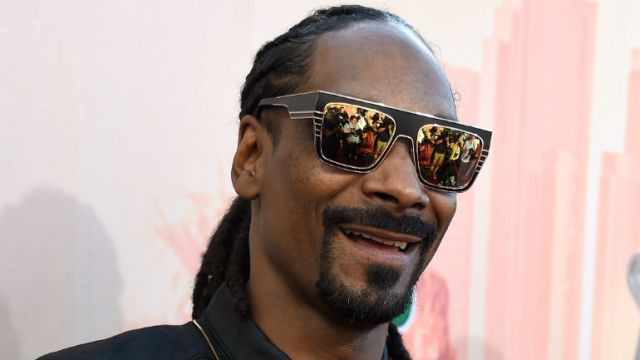 Snoop Dogg shocked his fan base recently by declaring that he was working on a gospel album.

The legendary west coast rapper told Beats 1 during a recent interview that, “Its always been on my heart.”

Snoop Dogg went on to say, “I just never got around to it because I always be doing gangsta business or doing this or doing that. I just felt like it’s been on my heart too long. I need to do it now.”

Additionally, Snoop already has some collaborators in mind, including Faith Evans, whom he recently worked with on the track, “When We Party.”

“Me, Faith Evans, we talked about it heavily,” he added. “She feel like she wanna get down with me. All of the people that I know, from Charlie Wilson to Jeffrey Osborne, whoever I want to get down with. I’m gonna make it all the way right. It’s gonna feel good.”

Snoops idea of “All the way right” might not be right to Christians accustomed to hearing accurate biblical messages.  Past statements by Snoop Dogg put his Christian beliefs along the lines of luke-warm at best.

In 2003 the rap artist said, “As a kid, I was pushed into the Baptist church … ” He further explained, “I was able to seek out information on my own to find out that the Muslim religion, Rastafari, Baptist, Christian — that they all the same.” “They all God-fearing people and love is love. It’s more based on life and a way of life and liberty as opposed to religion. Because religion is so false, because it’s so past tense and written by someone who is not here. I feel like religion should be based on the way you live and the way you treat yourself and treat others.”

Now those who know anything about these religions know that they’re distinctly different. They may all have undertones of love for your fellow man, but it’s teachings and path to everlasting life is nothing alike. Which leads us to the question. Will fellow gospel stars like Kirk Franklin for example sign on to do a project that will seemingly be luke warm in its approach?  Is reaching a broad or “different” audience more important than actually saying something that’s biblical and along the narrow path? For the bible tells us, “But small is the gate and narrow the road that leads to life, and only a few find it.” -Matthew 7:14 (NIV Version).

The God Christians believe in also states, “So, because you are lukewarm–neither hot nor cold–I am about to spit you out of my mouth.”-Rev. 3:16 (NIV Version).

PATH reported in 2012 that Snoop Dogg’s mother Beverly Broadus-Green, is an ordained evangelist. She once said in an interview that she was embarrassed by Snoop Dogg’s lyrics. “I told him I was embarrassed by it, and he told me his lyrics were not about me or all women, but certain women, ‘and they know who they are,’ he told her.”

So as news outlets and Christians get wind of the news of a potential Gospel album, it’s important that we temper our expectations.  This gospel album may be all over the map with its theology.  I was told recently and I hear it everywhere I go that Christians are the most judgemental when it comes to serving in a church or being apart of particular genre within it.  The scope of that statement I’ll save for another day.  However, it’s important that Christians denounce anything that claims to be the ways or (Paths) of God, and anything that tries to put a lid on Jesus as the way to everlasting life.  You can’t have a Gospel album without mentioning Jesus.

Take a look at Snoop Dogg making the announcement in the video below:

[…] rapper Snoop Dogg created quite a stir when he announced that he’s working on a gospel album. The announcement gained even more criticism when Fred Hammond, Mary Mary and others announced their plans to put […]