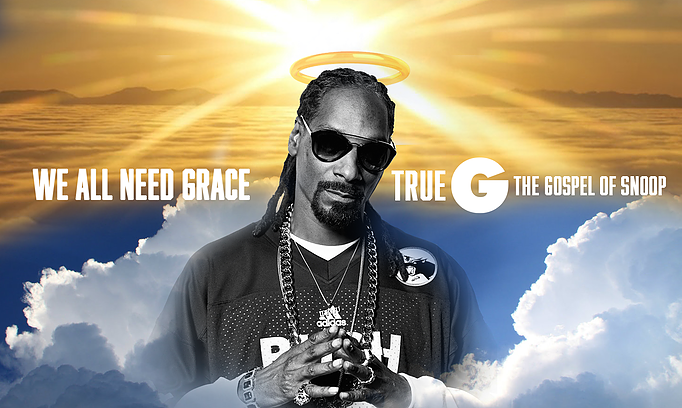 Secular rapper Snoop Dogg created quite a stir when he announced that he’s working on a gospel album. The announcement gained even more criticism when Fred Hammond, Mary Mary and others announced their plans to put tracks on Snoop Dogg’s album.

Now the Impact Network hopes to capitalize off the Snoop’s momentum with a new reality show chronicling Snoop’s faith journey.  Will you be watching?

The following was released by The Impact Network.

Show Synopsis: Go beyond the fame and into faith, family and fulfillment. See Snoop Dogg on his journey as a husband, father and community caretaker. Go inside the album as he reveals his source of inspiration. Hear Snoop’s personal testimony and stories of God’s grace through his many trials and tribulations.

The Impact Network green lights an aggressive slate of original programming. A total of twelve new shows have been announced for development; a fresh program line-up with household names that promise compelling content targeted to millennials and faith-based viewers. Executive Producers, Royal Jackson and Jean Chouteau will take the reins in delivering content to the Impact Network and its over 80 million viewers.

About The Impact Network: The Impact Network was founded in 2010 by Bishop Wayne T. Jackson and Dr. Beverly Y. Jackson in Detroit, Michigan and is the fastest growing African-American one hundred percent (100%) independently owned and operated inspirational TV network in the United States with diverse family oriented programming. Available on Comcast Xfinity, Time Warner Cable, Bright House Cable and Charter Cable which Spectrum Cable owns, DirecTV and The Dish Network. The Impact Network reaches 80 million cable and satellite households in the United States, with international distribution in Africa, and the Bahamas on Cable Bahamas.