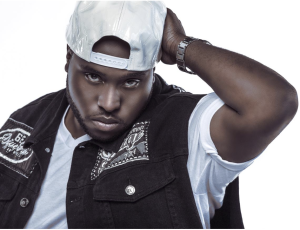 The singer has shared the stage with some of the biggest names in the entertainment industry. His previous music was described as unique, fresh and exciting. Stephen Thomas, previously known as Steve-O has decided to return to the music world with a new sound, a sound that has excited the music industry.

A much-missed artist who left fans wondering when he will return to the music scene has now announced his return. Stephen Thomas, who was known as Steve-O, is excited to share the news with his fans that he is bringing out a new single and sound. The artist, who has gained fans around the world and has shared the stage with some of the greatest artists in recent times, is set to release his new single called Best Days. The single, which Stephen has said will be a crossover into the Mainstream, has excited record producers.

The exciting artist explained his new single is about young people no matter their race, gender, or age that even as a Christian they can still live a great lifestyle. He said they could enjoy their life, have fun and still own a Nice Home, Have a nice ride, a boat, or even a plane and do the things they want to do in life.

Stephen said: “You don’t have to go to the streets or sell dope just be creative, get educated, Channel your energy towards productivity & Keep God first & the sky is limit.”

The artist is no stranger to success, he has been nominated for many awards since launching onto the music scene and has won the Breakthrough Artist of the Year, beating the likes of Lecrae, Deitrick Haddon, Tye Tribbett, Canton Jones, Uncle Reece, and many more. He is now delighted to let fans know he is back in the studio working on a new single. When asked about his new sound he replied: “It’s still the same style but with a little more spice of Hip Hop and more of a CCM feel and don’t be surprised if you hear some Pop as well.”

He explained that he is now writing uplifting and inspirational music, where he is writing about real life issues including personal things that have happened to him as well as what’s it like to be a Christian man. Fans will be pleasantly surprised with the new sound, new style and new look, and hopes his previous fans and new fans will join him on his journey with his new music.

Stephen has been quiet on the music front due to a serious car accident while some may have given up; the artist fought back from his serious injuries to do what he loves best, and that is to share his words and music with the world.

When asked how he feels after his accident, Stephen said, “I feel stronger, better, wiser, and I am ready to go harder than every before.”

Stephen Thomas has shown, no matter what life throws at a person, people can overcome those problems and succeed. The singer, was determined to get better after his accident and carry on with what he loves to do and that is to sing. He wants his music to bring inspiration to people and show them, if they believe, they can overcome, and if they overcome, they can succeed.

The new single has been described as one of the most exciting releases of 2016, and fans are being warned to expect a huge surprise.

To find out what Stephen is up to, keep in touch with him through his Facebook page http://Facebook.com/1StephenT