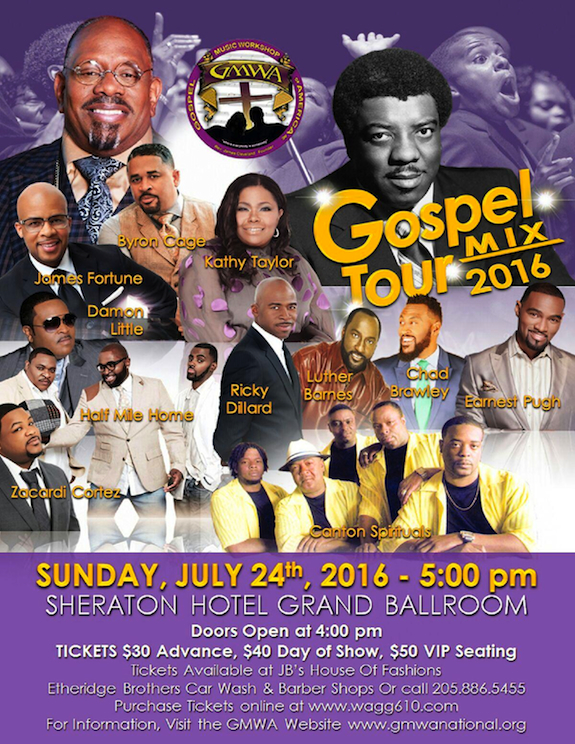 The program also boasts dynamic performances from seasoned performers such as Zacardi Cortez, James Fortune, the trio Half Mile Home, quartet king Damon Little and others. Check the commercial:

Several of the artists are presented on the Top Ten best-selling album “Kerry Douglas Presents Gospel Mix 2016” that features chart-topping hits such as Zacardi Cortez’ “#YDIA,” Damon Little’s “I Won’t Be Defeated,” Byron Cage’s “Like No Other” and Half Mile Home’s “More Than Enuff.” The album gave birth to the tour featuring both established artists and newcomers.