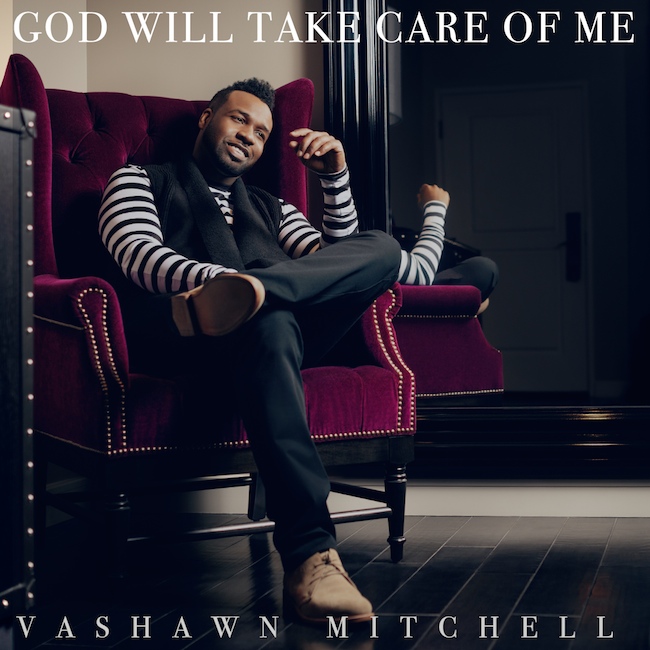 [VaShawn Mitchell names “God Will Take Care of Me” as his second single off new album.]

VaShawn Mitchell is a multiple GRAMMY®-nominated gospel artist, songwriter and producer. With a music career spanning two decades, Mitchell is known for his numerous chart-topping hits, including the smash hit single “Nobody Greater,” the hope-filled “Turning Aroun​​​​d For Me” and from his most recent album, Secret Place (Live in South Africa), “Joy,” which has garnered #1 positioning on both the Mediabase Gospel (10 weeks) & BDS Gospel (four weeks) Charts.

After releasing an independent project and two albums on Tyscot Records, Mitchell was signed to Motown Gospel (then, EMI Gospel), where he released his breakthrough album, Triumphant (2010). The celebrated album garnered Mitchell 11 Stellar Award nominations and 6 wins. Following the success of that album, Mitchell released Created 4 This (2012) and Unstoppable (2014), both of which yielded radio hits and consistent sales. With his most recent album, Secret Place (2016), Mitchell achieved a career-first #1 debut on the Billboard Gospel Albums chart.

Take a listen below: